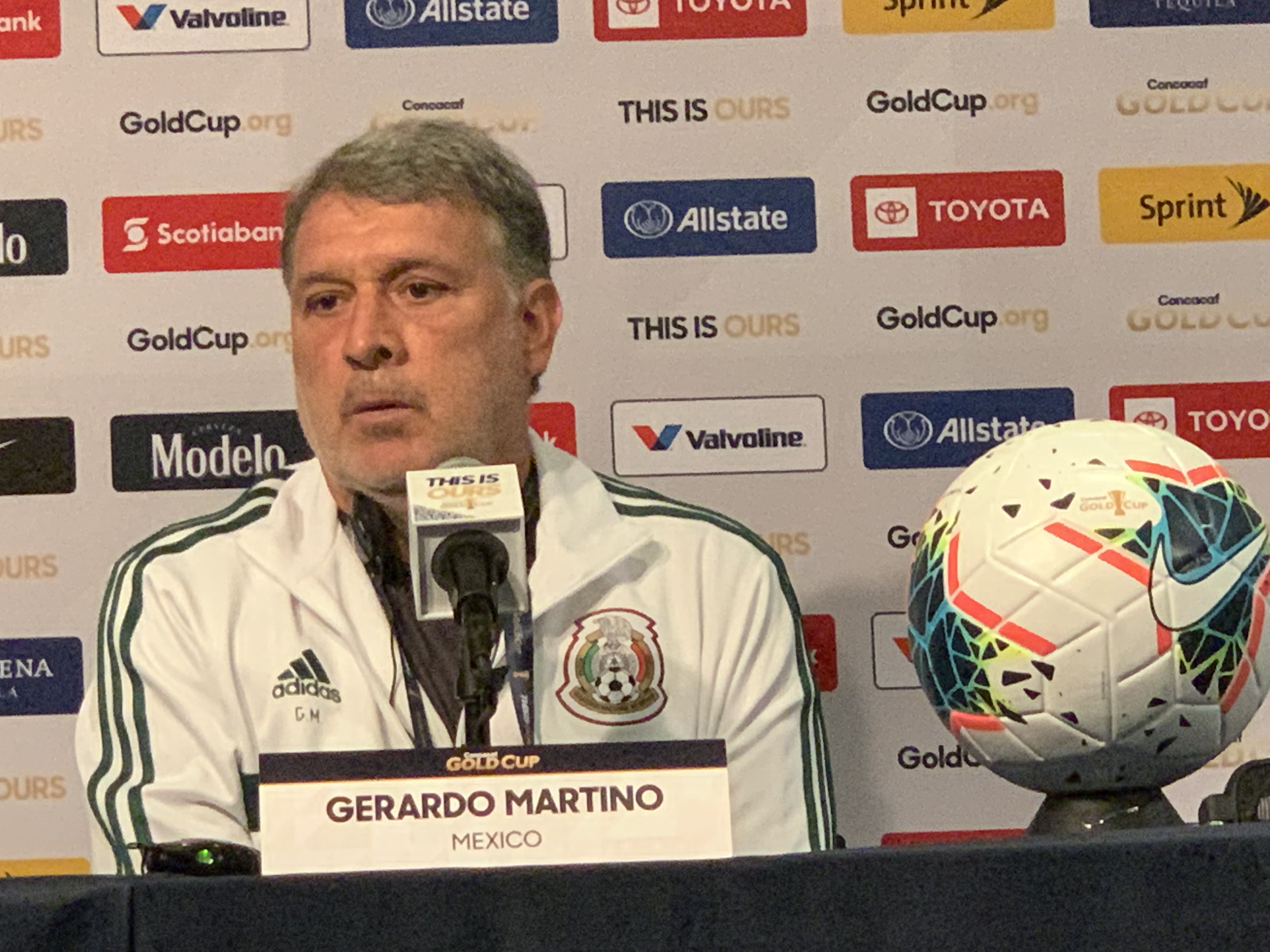 June 14 – Mexico vs Cuba on paper looks like it should be only going one way. After all, Cuba can’t even get all their players into the US – Yordan Santa Cruz is still waiting for a visa that is unlikely to arrive in time – and their tournament kit hadn’t arrived either prior to their press conference Friday evening.

Mexico have played Cuba three times in the Gold Cup and have won three times. Under new coach Gerardo Martino they are unbeaten and have been free-scoring. Despite having a lengthy injury list that has kept key players out of this tournament, they still start as favourites.

For Martino the most important concern about the Cuba game would appear to be how he manages the injured players who are with the team. He announced that Jorge Sanchez will be fit and will lead the team and that Real Betis striker Andreas Guardado and goalkeeper Jonathan Orozco are fit enough for the bench and may play a small part. Real Sociedad’s Hector Moreno will not play.

As for his Cuban opposition, he said: “It is hard to analyse Cuba and know what to expect (the Cuban clubs do not play in Concacaf competition) but we expect a match where we will have good pressure and have good ball (possession) and we will create opportunities to score.”

If Martino is more concerned about 2020 and not having the competition and invitation to the 2020 Copa America he had hoped for to give his team higher level competition (he may found he has made a rod for his own back if Mexico don’t beat Cuba), his counterpart Raul Mederos is far more focussed on the task in hand and steely determined.

“We are not going to hide. We are here to play our soccer,” he said. “It is important for us to participate at this level in preparation for the Nations League that starts in September and where we are in Group A.”

Mederos dreams of being able to call on players overseas to represent their country and believes there is a way in the near future that could allow this to happen. “But we have very talented players in our country…We have a clear objective to make it to the next round. If we qualify then for us it is a good result in this cup.”

Once their kit arrives they will be ready to go.