Curacao entered the CONCACAF Nations League Qualification and secured their qualification for the Gold Cup with a game to spare. They won those first three games scoring 21 goals, including a 10-0 win over Grenada. The only blot on their record was a 2-1 defeat in Antigua and Barbuda, but the goal difference was enough for them to finish 4th overall

As the Netherlands Antilles and as the successor nation Curacao, the team failed to qualify for the Gold on all but one previous occasion. After Patrick Kluivert kick-started the development of football on the island in his year in charge, the team went on to qualify for their first Gold Cup in 2017 after winning the final Caribbean Cup. Their first Gold Cup ended in three 2-0 defeats to Jamaica, El Salvador and Mexico, but they gained a lot of credit for their performances in 2017.

A lot of players in the Curacao squad hail from and play their club football in the Netherlands, owing to Curacao’s position as a constituent country of the Netherlands. This has helped the development of the game on the island and Elson Hooi has been a beneficiary of that development. He scored the two goals that won Curacao the 2017 Caribbean Cup, then added three in qualifying for the Nations League.

He isn’t the top scorer in the Curacao squad either, as Leandro Bacuna has nine goals in his 21 appearances for his country and will be part of a midfield full of creative, attacking players. 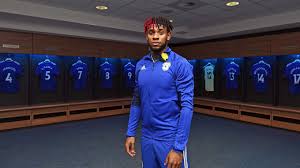 Remko Bicentini took over from Patrick Kluivert in 2016 and has continued the development work that Kluivert started, blooding a lot of new players and creating a mix of Dutch-Curacaoan players with local talent. It has brought them two qualifications for the Gold Cup and the final Caribbean Cup in 2017 and there is the potential to do more with Bicentini in charge. 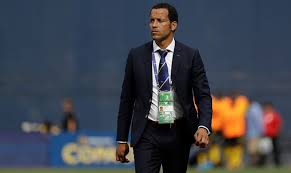 2017 was a learning experience for Curacao as they saw the level they were at and what they needed to do to progress. This time around, they come in as dangerous dark-horses who could spring a surprise. The first game against El Salvador will be key to their future plans, but they could get to the Quarter-finals if conditions are right.