Honduras did not have to qualify for the Gold Cup after it was decided that the six Hexagonal World Cup qualifying teams would gain automatic qualification. Honduras finished fourth in the Hexagonal group, but were defeated by Australia in the final playoff, so their preparations for the Gold Cup has come from friendlies.

The Hondurans have pedigree in the Gold Cup, having made the first final in 1991 and coming within a penalty shootout of becoming the first Gold Cup champions before losing 4-3 to the USA.

Since then, after a period of group stage exits and even a non-qualification in 2002, Honduras have been in four Semi-finals out of seven tournaments and have won some big games against their Central America rivals Costa Rica and El Salvador.

They will be led into the Gold Cup by the old stager of Honduran Football, Maynor Figueroa (pictured). He is 36 years old, but still as fit as ever and will be captaining his country in his fifth Gold Cup. He will lead a youthful side rebuilding after failing to make it to the 2018 World Cup, a side which will look to Alberth Elis and Roger Rojas up front to find the goals that secure further progression. 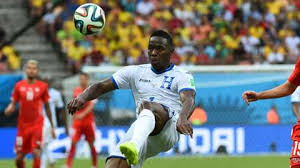 They will be coached in the Gold Cup by Fabian Coito, who was formerly the coach of the Uruguayan Under-17 and Under-20 teams, guiding them in two World Cups and making at least the Semi-finals on both occasions. He was appointed coach of Honduras at the beginning of 2019, after previous incumbent Jorge Jimenez took on the role of Director of Football. 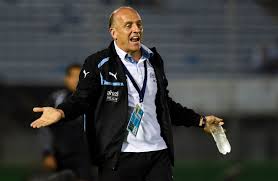 They will face their neighbours and historical rivals El Salvador in the final group game, after first taking on the co-hosts Jamaica in the round of games being played at Independence Park in Kingston, then facing the final Caribbean Champions Curacao in Houston.

For Honduras, as a seeded nation, qualification for the Quarter-finals is their minimum expectation. But after that, further progression may be contingent on who they face in the Quarter-finals from Group D, the group with the USA in it.