They were another of the six teams, along with Mexico, Panama, Trinidad and Tobago, Honduras and Costa Rica that participated in the 2018 World Cup Hexagonal qualifying tournament and received a bye into the Gold Cup.

Second to none as their streak of playing in every Gold Cup continues. One of the two heavyweight contenders, the US has never failed to get through to the knockout round and only failed to reach the semifinals back in 2000. The defending champions have lifted the trophy six times – including two years ago — and finished as runners-up on four other occasions.

Pretty much a no brainer. New Chelsea midfielder Christian Pulisic, with a €64 million price tag round his neck as the most expensive American player ever signed, is very much the centre of attention after moving to London from Borussia Dortmund to try and fill the gap left by Eden Hazard. 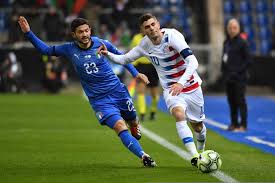 A former US international, Gregg Berhalter is midway through his first year  and the Gold Cup will be his first competitive test at this level. Formerly coach for five years of Columbus Crew SC in Major League Soccer where he employed a high pressing game, Hammarby IF in Sweden and assistant coach for the LA Galaxy, his tenure got off to a decent start but he goes into the tournament with the pressure on after the Gold Cup joints hosts lost both of their June warm-up friendlies, the first shockingly to lowly Jamaica, the second a 3-0 thumping at the hands of Venezuela. 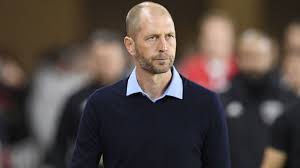 On paper a great deal given the need to bounce back and restore confidence following the humiliation of missing out of the 2018 World Cup in Russia. Ten of the squad have Gold Cup experience but with expectations comes pressure and anything less than a place in the final will be deemed failure.

Berhalter has veterans Jozy Altidore and Michael Bradley at his disposal but while the opening match against Guyana presents an opportunity for confidence building, the competition will become significantly more difficult with fixtures against Trinidad and Tobago. Conveniently yet again, the U.S. avoid Mexico until a possible final but they must make sure they find a cutting edge to avoid a repetition of being  knocked out in semis which is what happened four years ago.