This will be their 10th appearance at the Gold Cup but unlike the World Cup  for which they invariably save their best (remember how they shocked the US allowing Panama to qualify directly to Russia 2018?), history does not augur well, having been eliminated at the group stage in six of the previous nine. In the past five tournaments, they failed to qualify three times and will have to go some to match their best Gold Cup performance in the year 2000 when they made the semifinals. Gone are the days of Dwight Yorke, Stern John, and Russell Latapy.

Hyland has played for T&T since 2008 and has been a mainstay in the team in defensive midfield.. This will be his third Gold Cup but his first as captain. He has spent the bulk of his career in Belgium, most notably a four-year stint with KRC Genk. At the other end of the scale is 21-year-old Levi Garcia, a winger signed as a teenager by Dutch club AZ Alkmaar and now playing in Israel whose skills have been praised by none other than Marco van Basten. 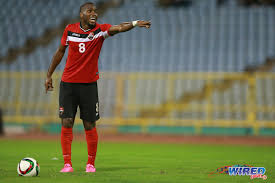 The tall former central defender is already a national hero having been instrumental in T&T qualifying for their only World Cup in 2006. He is in year three of his first head coaching job and picked up bags of knowledge during seven years as an assistant to current Belgium coach Roberto Martinez at Wigan and Everton in the UK prior to taking over the reins. 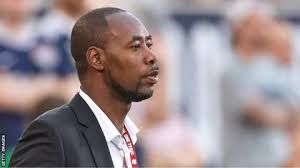 Not a great deal on current form, T and T having lost four of the last five games. Their last win, 2-0 over the United Arab Emirates, came in September. They have been hard to score against but in five games have mustered an average of just four shots per 90 minutes.  Nuff said. Goal-scoring could be at a premium.