Having failed to qualify for the Hexagonal stage of World Cup qualifying, El Salvador went into the CONCACAF Nations League qualifying tournament. They won their first two games, edging out Montserrat 2-1 and beating Barbados 3-0, but a 1-0 defeat by Bermuda left them needing a win against Jamaica, which they managed by two goals to nil, putting them through as the 10th and final qualifying team on goal difference.

El Salvador have been regular Gold Cup competitors, but have not been a great success, having won only eight tournament games in the 10 editions they have participated in and making it out of the group stages on only five occasions. The closest they have come to reaching the Semi-finals was in 2011 when they led 1-0 against Panama heading into Stoppage time. They also have yet to avoid defeat against either the USA or Mexico, so a potential Quarter-final with the USA is not a palatable option for them.

El Salvador have emerged from the match-fixing scandal of the early 2010s and have started to develop a good young squad, with a number of foreign-based players complementing the home-grown talent. Nelson Bonilla has been one of the mainstays of the El Salvador side since 2012 and scored two of the goals in qualifying that put them through. He will be assisted in attack by Andres Flores, who has 61 caps and is seen as one of the play-makers in the squad in Midfield. 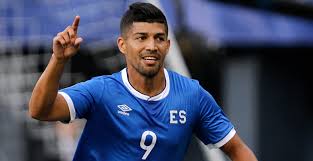 Carlos de los Cobos has been El Salvador coach before, having taken the team to the Hexagonal stage for 2010 World Cup qualifying. Since his return, the side has seen a marked improvement in performances as he imposed his style and made changes to improve the team. He played in the 1986 Mexico World Cup team and has a wealth of experience that he has been able to share in his two spells in charge of El Salvador. 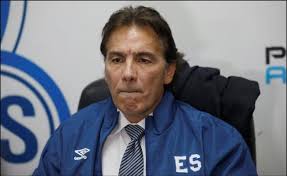 They are in a difficult group with Co-Hosts Jamaica, their neighbours and historic rivals Honduras and dark horses Curacao, but they have improved since de los Cobos returned as coach, so they will think that a Quarter-final place isn’t out of the question. Much will depend on whether they can repeat their qualifying win over Jamaica.