Remarkably, Los Ticos have not won the Gold Cup since 1989, the last of their three triumphs, the others coming in 1963 and 1969. All three times the tournament was known in its initial guise as the Concacaf Championship and since then they  have only managed one Gold Cup final appearance, finishing as runners-up to the USA in 2002. Two years ago they were knocked out in the semi-finals but will aim to improve on that as joint hosts. Costa Rica are the third most successful team behind CONCACAF’s “big two” of Mexico and the US but will aim to lift the trophy for the first time in 30 years with a new coach. If they do, they will make history since no team outside North America and Mexico has ever done so.

Although now 33, the skipper and playmaker, very much the spiritual leader of the team, will provide invaluable leadership skills, especially given goalkeeper Keylor Navas’ absence, and will be asked turn back the clock for one last big tournament.Navas asked not participate while his status at Real Madrid remains uncertain, a potentially damaging blow for a squad that needs its best players in the bid for glory. 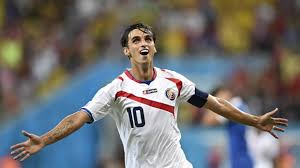 Gustavo Matosas has had a rocky start to his managerial tenure. The Argentine-born Uruguayan tactician took over back in October, but two of his first three games at the helm have ended in defeat. This is Matosas’ first experience as a national team coach and while there was no shame losing to the likes of the United States and Peru, the lack of offensive creativity has become a concern. 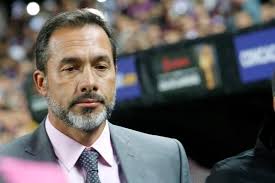 It seems like a lifetime ago that Los Ticos shocked the world with their impressive run at the 2014 World Cup in Brazil when they made it all the way to the quarter-finals. Last year it was a different story when they crashed out at the group stage in Russia after failing to win a single match. But the fact they have more experience than most other sides on the big stage, when it comes to the Gold Cup on home soil they will surely never have a better chance of lifting their regional title. Much will depend on their mental attitude but having qualified every time since 1996, they certainly have the tools to go far into the tournament especially since their group contains one debutant and one country who have never got beyond the group stage. Former Arsenal man Joel Campbell is still a major threat up front while the inclusion of Álvaro Saborío was somewhat of a surprise having scored 28 goals in his domestic league last season at the ripe of age of 37.