Jamaica went into the CONCACAF Nations League qualification competition after just missing out on the Hexagonal stage of World Cup Qualifying. They won their first three games, but were left thankful for their superior goal difference, gained from a 4-0 win over Cayman Islands and a 6-0 win in Bonaire, after losing in El Salvador, qualifying 8th in the standings.

Jamaica have had a mixed record when it has come to the Gold Cup, performing well in some tournaments and bottoming out badly in others. Up until 2015, their best performances had been losing Semi-final efforts against Mexico where, in truth, they were outplayed.

Since then, they have played in the final of the last two tournaments, beating the USA in the Semi-finals in 2015 and Mexico at the same stage in 2017, only to lose to the other team in the final

Darren Mattocks (pictured) is Jamaica’s top scorer in the Gold Cup, having scored two each in 2015 and 2017, including a goal in the final in 2015. He has 17 goals for his country and will be expected to add to his international tally in the Gold Cup.

Je-Vaughn Watson has represented Jamaica in their last three Gold Cups, leading by example in Midfield and scoring the goal that levelled things up against the USA in 2015. This might be his last Gold Cup, so he will want to go out a winner at the fourth time of asking.

Theodore Whitmore is a legend of the Jamaican game, having played for 11 years for the Reggae Boyz and being a part of the 1998 World Cup squad, including scoring two goals in their 2-1 over Japan. He has been part of the Jamaican set up as either a head coach or assistant for over 12 years and has previously led the team to the final of the Gold Cup in 2017, so he has a wealth of experience and has built a strong side with a good mix of youth and experience 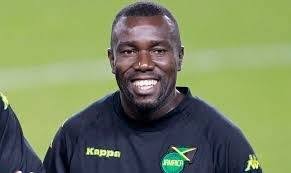 After finishing as Runners-up in the last two tournaments, the expectation will be there to get back to a third successive final, particularly with having the advantage of playing their opening game against Honduras in Kingston. Progression through the group is the first step, with further progression depending on who they play in the Quarter-finals, but they’ve proved they can do it before.