Martinique qualified with relative ease for the Gold Cup in CONCACAF Nations League qualifying, finished third overall with four wins from four, with their 1-0 win in rival Guadeloupe sending them to their sixth Gold Cup.

They have previously qualified on five occasions, with a group stage appearance in 1993 their first attempt at the Gold Cup. A 9-0 defeat to Mexico was their harsh introduction to the Gold Cup and they failed to qualify for the next three tournaments, but surprised many in 2000 by making the Quarter-finals and only losing on penalties to eventual winners Canada.

Since then, they’ve gone out in the group stages in 2003, 2013 and 2017, but have always brought colour, skill and a sense of the unexpected to the Gold Cup.

Kevin Parsemain (pictured) is rapidly becoming a major star after four goals in two tournaments. He has been selected for the squad for this competition and will be the focal point for the Martinique attack. Defender Jordy Delem, who is making waves in Major League Soccer with Seattle Sounders. 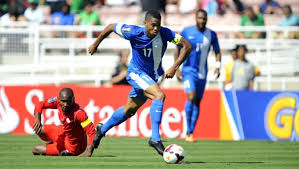 Head coach Mario Bocaly has been able to assemble a good, strong squad, utilising a mixture of local players and players honing their craft in France and Spain. 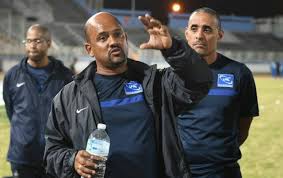 The overseas French department of Martinique has performed well above expectations in the past in the Caribbean, taking on and beating the regional heavyweights like Jamaica, Haiti and Trinidad and Tobago.

They face Canada in the opening game of the tournament in Pasadena, then possibly their best chance for a tournament win against Cuba in the second game, before rounding things off against Mexico. Progress will be difficult, but not impossible for a developing team with youth and experience, so the result against Canada could be crucial.