Rewrote the history books after qualifying for the first time ever courtesy of a 3-1 away win over the Dominican Republic in a winner-takes-all showdown.

Wells is one of the few Bermuda players who play abroad, on loan at English Championship team Queen’s Park Rangers from Premier League Burnley. Wells was instrumental in Bermuda’s qualification for the tournament, not only scoring against the Dominican Republic but the only goal in a 1-0 win over El Salvador in his first international appearance for three years, keeping alive Bermuda’s hopes. 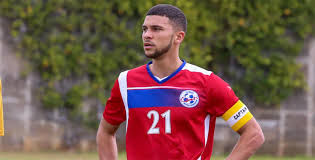 It all started for Lightbourne in England when he arrived at lower-league Scarborough as a young striker in 1992. He then went on to play for eight other English clubs, some of them on loan. He returned to his native Bermuda in 2003 and has backed his team  to “surprise a few people” during their Gold Cup debut. He believes his attacking talents can cause opponents problems. “We’ve got some good forwards so that always gives us a chance. We’ve got some players that will excite the crowd and we will probably surprise a few people.” 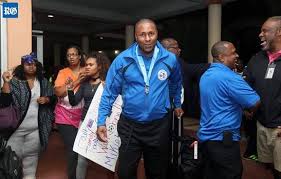 As the lowest ranked team in group B and in a tough group with joint hosts costa rica,  the Gombey Warriors  are understandably rank underdogs having never qualified for a major tournament. But that could inspire the island nation who will certainly  be hoping to not make up the numbers.