Winning all four of their Nations League qualifying games, finishing second behind Haiti only goals scored and scoring 18 goals in the process, with the biggest win 8-0 in the US Virgin Islands.

Canada’s history in the Gold Cup is a real mix, with their surprise 2000 triumph the major highlight, but they have also failed to progress past the group stage on eight occasions, failing to win a game in 2015 as co-hosts. They also withdrew from the 1998 Gold Cup, according to the Canadian Association in order to give  Jamaica a chance to get vital tournament experience before their appearance at the France 98 World Cup, but rumours persisted of financial constraints and difficulty with securing foreign-based players for a tournament being held in January.

Their last Gold Cup experience in 2017 was a more positive one, qualifying from their group undefeated and narrowly losing to Jamaica in the Quarter-finals after threatening a comeback, so they will enter 2019 with expectations of matching, if not beating, that 2017 campaign.

The creation of the Canadian Premier League will help with the development of local talent going forward, but Canada will be hopeful that Cardiff’s Junior Hoilett (pictured) and Glasgow Rangers’ Scott Arfield are at their best and can lead this youthful side forward, with 11 of the squad that beat French Guiana in qualifying being under 25. 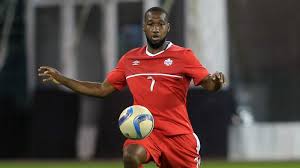 They will be led in the Gold Cup by Englishman John Herdman, who has built a name for himself in Canada after more than six years as the coach of the Canada women’s national team, who won the Bronze medals at successive Olympic games. Herdman did not play at professional level, but has a reputation for world-class technical coaching abilities and has already silenced a number of the doubters who questioned whether he could transition from coaching the women’s team to the men’s team.

One of only three teams to have won the Gold Cup, having shocked the world in 2000, Canada come into this tournament with one eye on qualifying from the group and another on their continuing progress forward towards the 2026 World Cup, where they will be a co-host with their North American brethren Mexico and the USA.

With all the positivity around the federation and Canadian football at the moment, they will be targeting a deep run in the tournament with group qualification a minimum. The knock rounds will depend on the draw but a semi-final appearance is not out the question and at that point anything could happen.