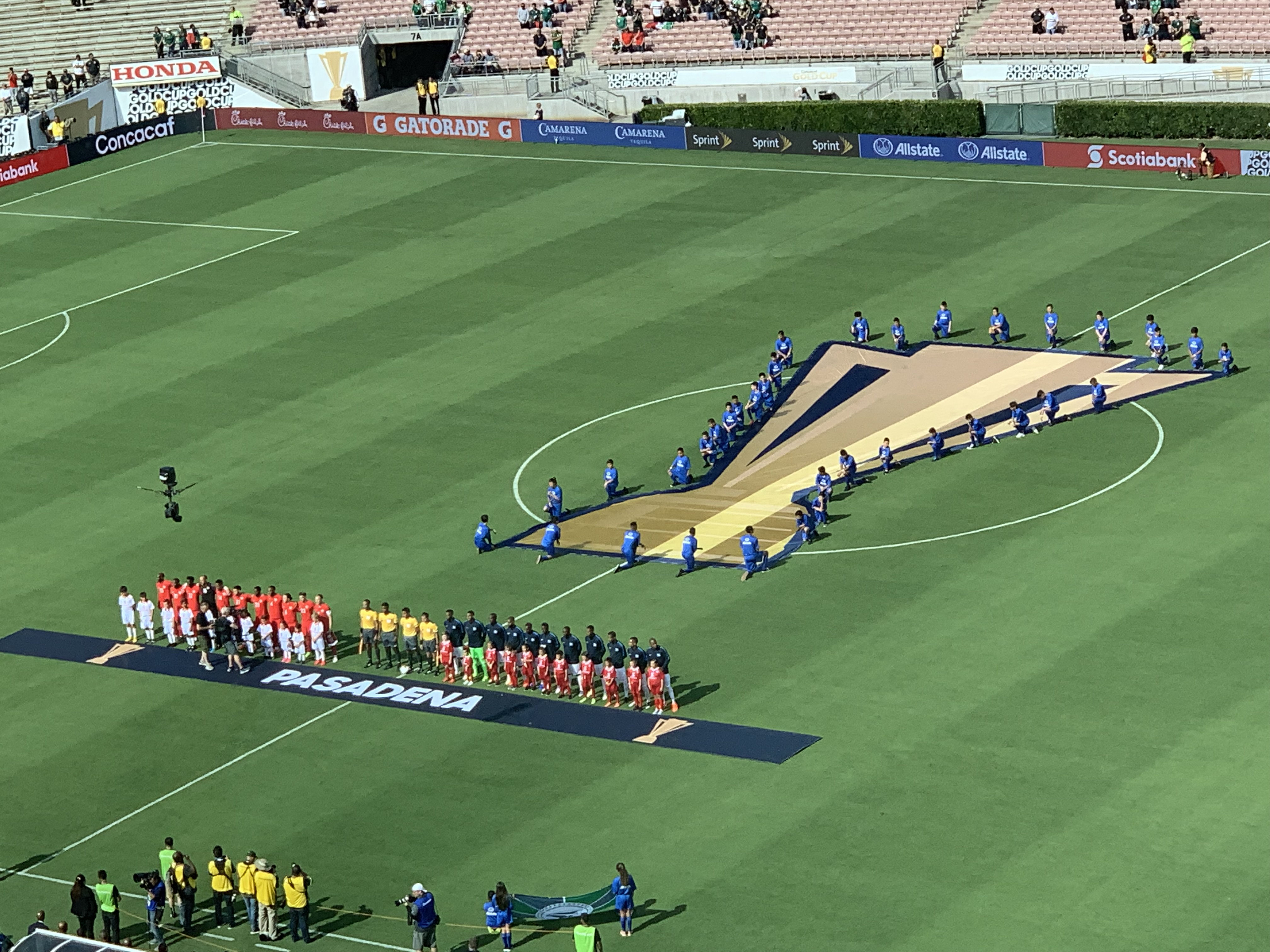 June 15 – Four goals from a rampant Canada opened the 2019 Gold Cup in style at the Rose Bowl in Pasadena. The Canadians issued an early warning that talk of them being contenders for the title is not misplaced. Group and tournament favourites Mexico will have taken note.

Canada and Martinique have played each other four times in the Gold Cup – drawing twice and with a win each. The last time they opened the Gold Cup in 2013 in 80 degree heat Martinique scored a last gasp winner.

This game had the extra attraction of two of the tournament’s most exciting players – Alfonso Davies of Canada and Martinique’s Kevin Parsemain – the joint top scorers of the 2017 Gold Cup.

But here was to be no repeat of the 2013 Canadian heartbreak in 2019 as they quickly imposed themselves on possession and could, perhaps should, have gone ahead as early as the second minute.

Bayern Munich’s mercurial attacking midfielder Alfonso Davies, causing all kinds of problems on the left for a muscular but too often flat footed Martinique defense, saw his first cross on two minutes hammered over the bar. A free kick on the left moments later was easily taken by Martinique keeper Loic Chauvet.

Martinique had their chance on seven minutes when a ball across the box somehow missed their oncoming forwards but after that it was all Canada against a hardening Martinique response that saw Martinique’s Seattle Sounder Jordy Delem cynically leave Davies on the ground with a late challenge. He was lucky to get away with a yellow card and Davies was lucky to get away with just bruising.

It took until just after the half hour mark for Canada to break the deadlock. It stated with increasing Canadian pressure that saw tame attempts from the two Jonathans – Osorio’s long shot was easily gathered while David pushed an attempt wide.

But seconds later David, pressuring high up the pitch, stole the ball off Martinque defender Jean-Sylvain Babin in the centre of goal to calmly slide the ball past Chauvet to score. Canada were up and running and David almost doubled his tally immediately when running in on a cross from Davies headed wide from 4 yards.

The end of the half saw a flurry of Martinque attacking activity. Kevin Fortune reached the byline only for Kevin Parsemain to angle his tap in wide. A minute later Parsemain found a gap between Canada’s defenders only to have his shot well saved by the legs of Canadian keeper Milan Borjan. On the stroke of half time Parsemain, suddenly looking dangerously engaged with the game, intercepted a poor pass in front of Canada’s goal only to have his shot beaten away by Borjan. 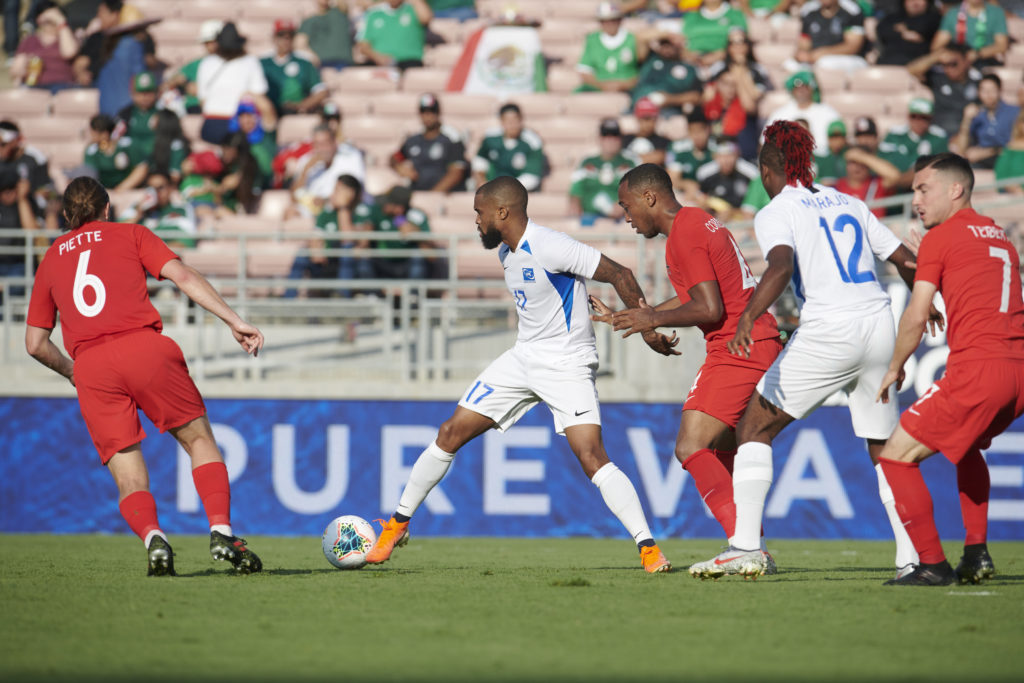 Seven minutes into the second half David doubled his and Canada’s tally. A route one ball from central defender Derek Cornelius saw David beat Martinique’s high defensive line with only Chauvet to beat.

Canada made it three on 62 minutes. Davies, forever the thorn piercing Martinque’s right flank, stole the ball deep in opposition territory. The ball made it neatly across the box to Junior Holliet to open his tournament account.

Martinique resistance was broken. It could have been four two minutes later with Davies yet again in space on the left, feeding the ball to Jonathon Osorio just inside the box who curled the ball on to the bar.

Two minutes after that it was. A rampant Canada with Davies again on the left, moved the ball across to captain Scott Arfield who poked the ball into the bottom left hand corner of Chauvet’s goal.

With the Mexican supporters making their way in from the Fan Fiesta outside the ground – a little too late to enjoy Canada’s goal fiesta inside – the beginnings of a Mexican wave rippled around the game and gently heated up the atmosphere for the game to come.

It had already been a hot afternoon on the pitch for Martinique. On 90 minutes they could have had a consolation goal when Parsemain’s free kick from outside of the box was tipped over the bar by Borjan but it wouldn’t have been deserved.

The Gold Cup is up and running and Canada have put down a stylish marker. Next stop for Group A teams is Denver on Wednesday and a second round game against Mexico