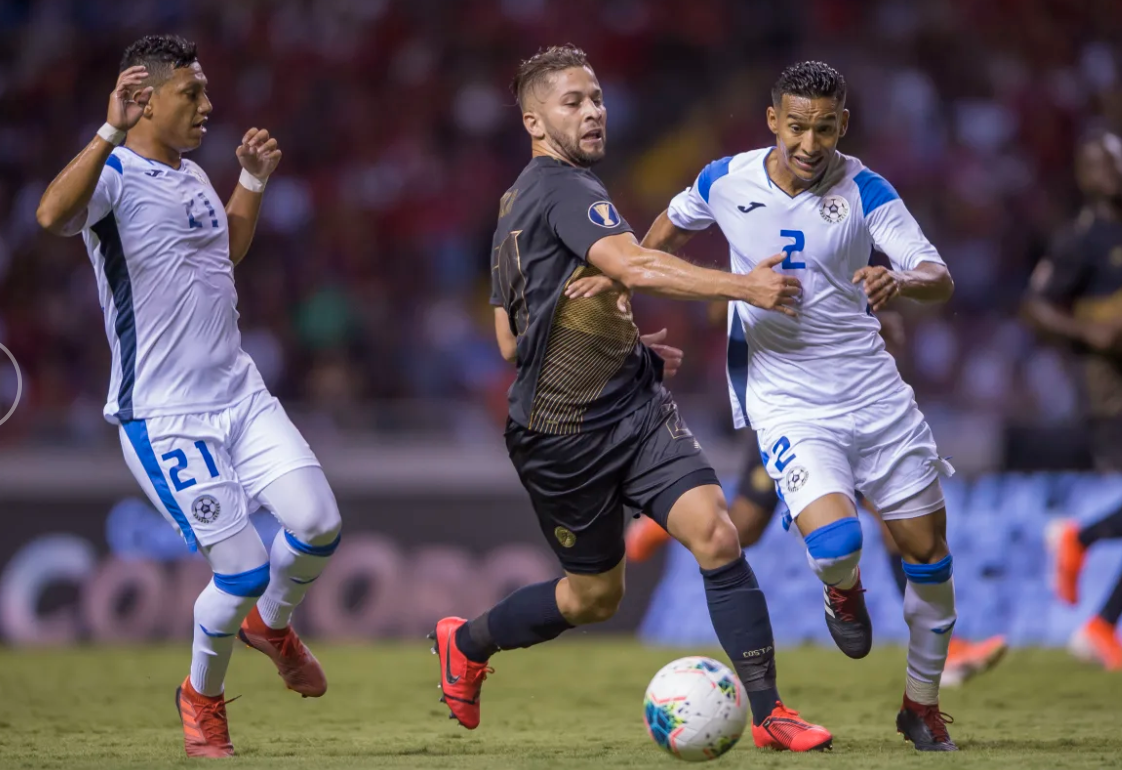 Hosting a game in the Gold Cup for the first time outside of North America, Central America’s lead nation welcomed Concacaf to the Estadio Nacional in San Jose.

Before the game the significance of playing at hiome for the first time in a finals competition was not lost on the players or their management. “We create the atmosphere, it’s a very special moment to be able to start a tournament here,” said midfielder Celso Borges.

And special it was as Costa Rica delighted the home crowd with an early goal on seven minutes from Sunderland defender Bryan Oviedo who appeared in the Nicaraguan box at the right time to poke the ball home.

It wasn’t long before the Costa Rican captain Borges grabbed his own place in history with a long shot in the 19th minute that doubled Los Ticos’ lead. A scoreline that stayed the same until half time despite a number of wasted Nicaraguan opportunities in front of goal.

He would have been moved very happily immediately after half time when Elias Aguilar extended the lead to 3-0 with a free kick that found the back of the net with a free kick.

With Costa Rica goalkeeper Leonel Moreira blocking Nicaragua’s best chance on 72 minutes from Jorge Betancur, the points were in the bag.

The Costa Ricans capped a night of celebration with a fourth goal on 75 minutes from Allan Cruz.

Next stop for Group B is the Toyota Stadium in Frisco, Texas, on Thursday. Nicaragua will face Haiti while Costa Rica meet tournament new boys Bermuda.