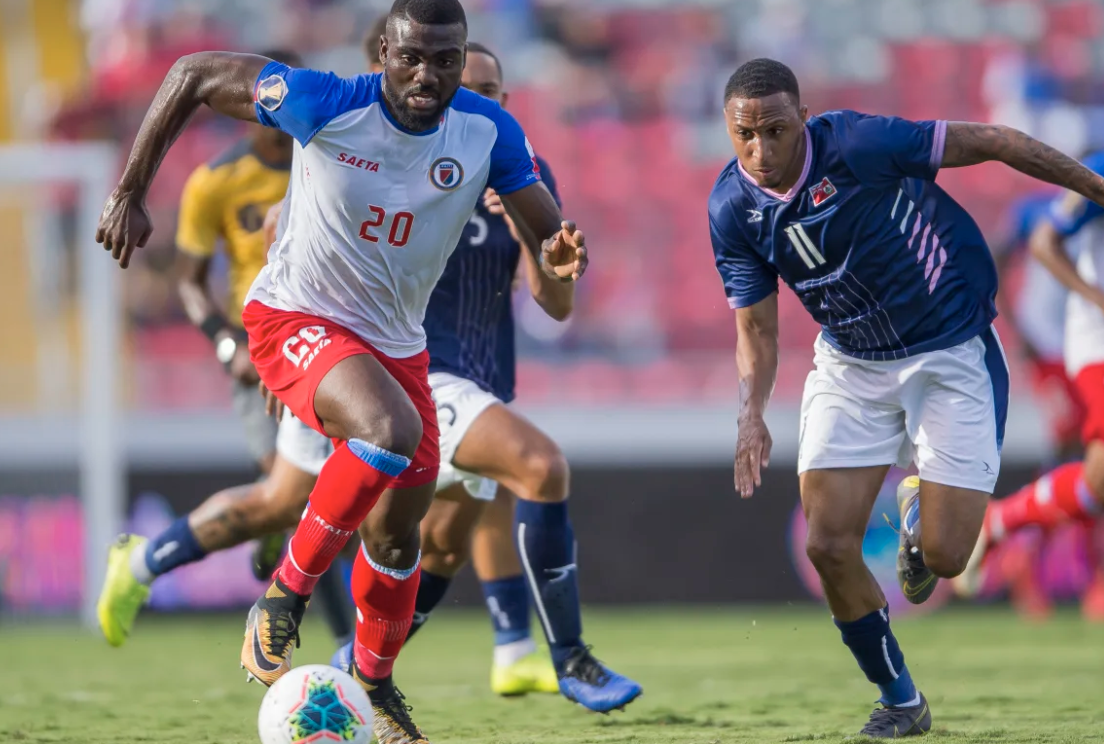 June 17 – It was an evening in uncharted Gold Cup territory. While Cost Rica were hosting matches for the first time outside North America, tiny Bermuda were creating a first of their own with their debut in the finals of the tournament.

Any fears that the Bermudans were going to be blown away but Caribbean rivals Haiti who come into the tournament as potentially the region’s surprise package, were rapidly dispelled.

In a first half that them stand toe-to-toe with their rivals, Bermuda took lead in the added minute of the first half when talisman Dante Leverock found the back of the net with a header from a cross by Osagi Bascome.

It was a goal well celebrated. It also proved to be the spark that lit a fire under the Haitians.

Haiti started the second half at a much faster and Frantzdy Pierrot levelled the tie on 54 minutes with a header. Twelve minutes later Frantzdy was hit a right-footed shot to give Haiti the lead.

Bermuda’s dream debut had been broken but only just as the Haitians had withstand a late onslaught to take all three points.

The teams now move on to Frisco, Texas, where Bermuda will face group favourites Costa Rica and Haiti have a crucial match-up against Nicaragua. A win for Nicaragua will see them into knockout rounds.