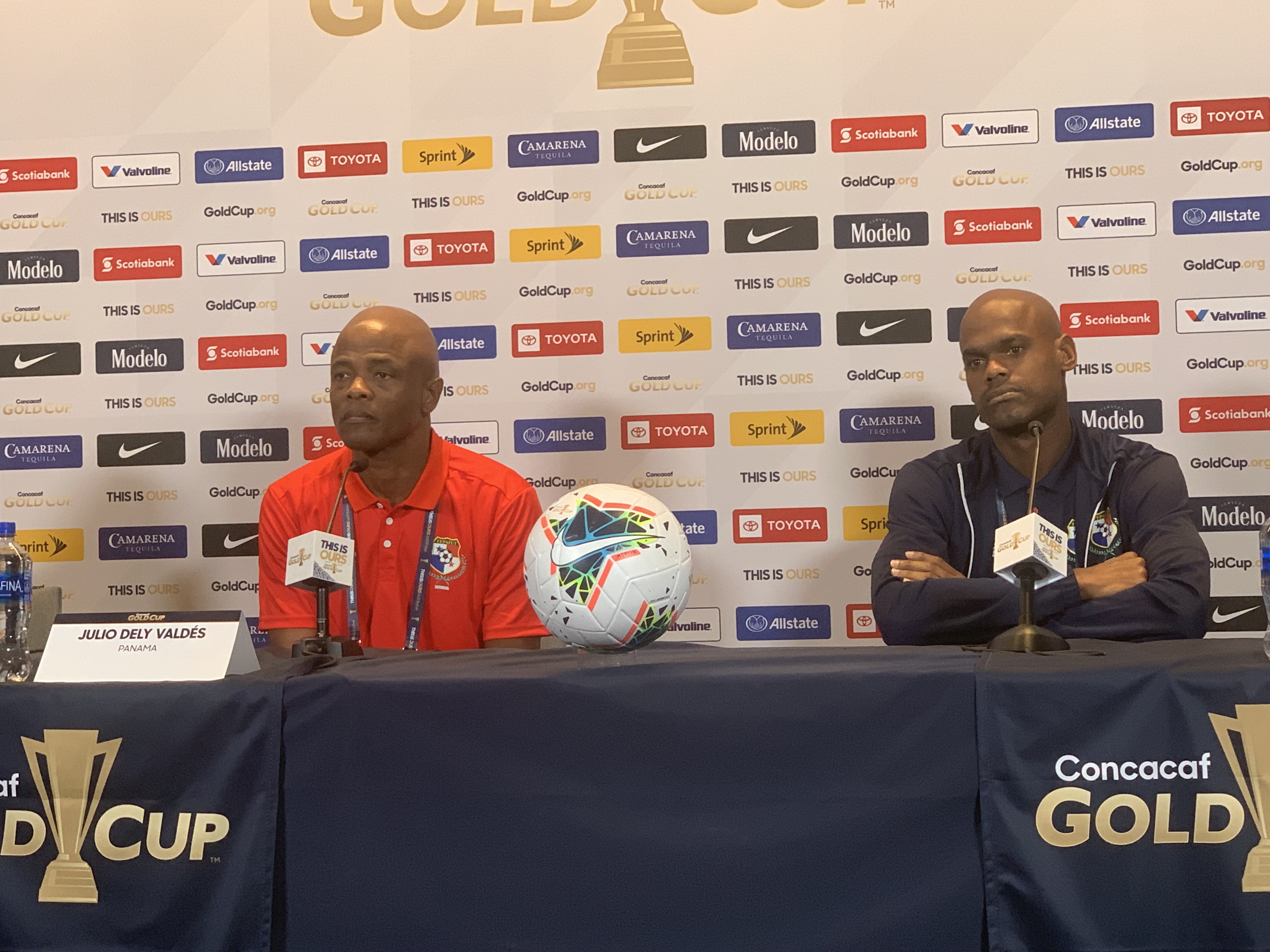 June 17 – At the pre-match press conference at the Allianz Field in Saint Paul, Minnesota, Trinidad and Tobago coach Dennis Lawrence was asked to name his team. He responded saying “Cummings, Escobar, Torres on the right, Quintero…”, Panama’s key men minus the injured Kevin Galván.

It is a group of Panama players that had World Cup experience in Russia last year but is nevertheless missing a number of big names who have retired from the international game (14 are returning for Russia 2018). The upshot being that Panama’s run in to Gold Cup 2019 has been on the back of 14 matches without a win (including Russia 2018)  – though they did manage a 1-1 draw with Brazil.

Panama coach Julio Dely Valdes agrees with Lawrence that the teams are similar in strength. “They are fast and strong and that makes them very dangerous. We will give them a lot of attention,” said Valdes.

Trinidad and Tobago are making their 10th appearance at the Gold Cup with their best performance being in 2000 when they made the semi-finals. They have been eliminated at the group stage in six of their previous nine appearances. They failed to qualify for the 2017 Gold Cup.

While history is perhaps not in their favour, hope springs eternal. “Preparations have gone well and we are looking forward to the tournament,” said Lawrence.

Trinidad have perhaps the least well known of squads in comparison to recent campaigns – gone are the days of Dwight Yorke, Stern John, Kenwyne Jones and Russell Latapy – but it isn’t something that unduly concerns Lawrence who has one of the youngest squads in the competition and a strong reliance on home-grown players.

“In terms of these boys it is to create their own history. They want to do something well and have a successful event,” said Lawrence.

“My expectation is that these young players will have a good tournament. We expect a tough tournament. It is an important tournament for our country. It is important to get off to a good start.”

Responding to a question on how he doesn’t have bigger names players to call on, he said: “I expect these players to become well known.”

Both coaches emphasised that winning the first game was important with the looming presence of the US in their group. Both want to make a football mark for their countries.