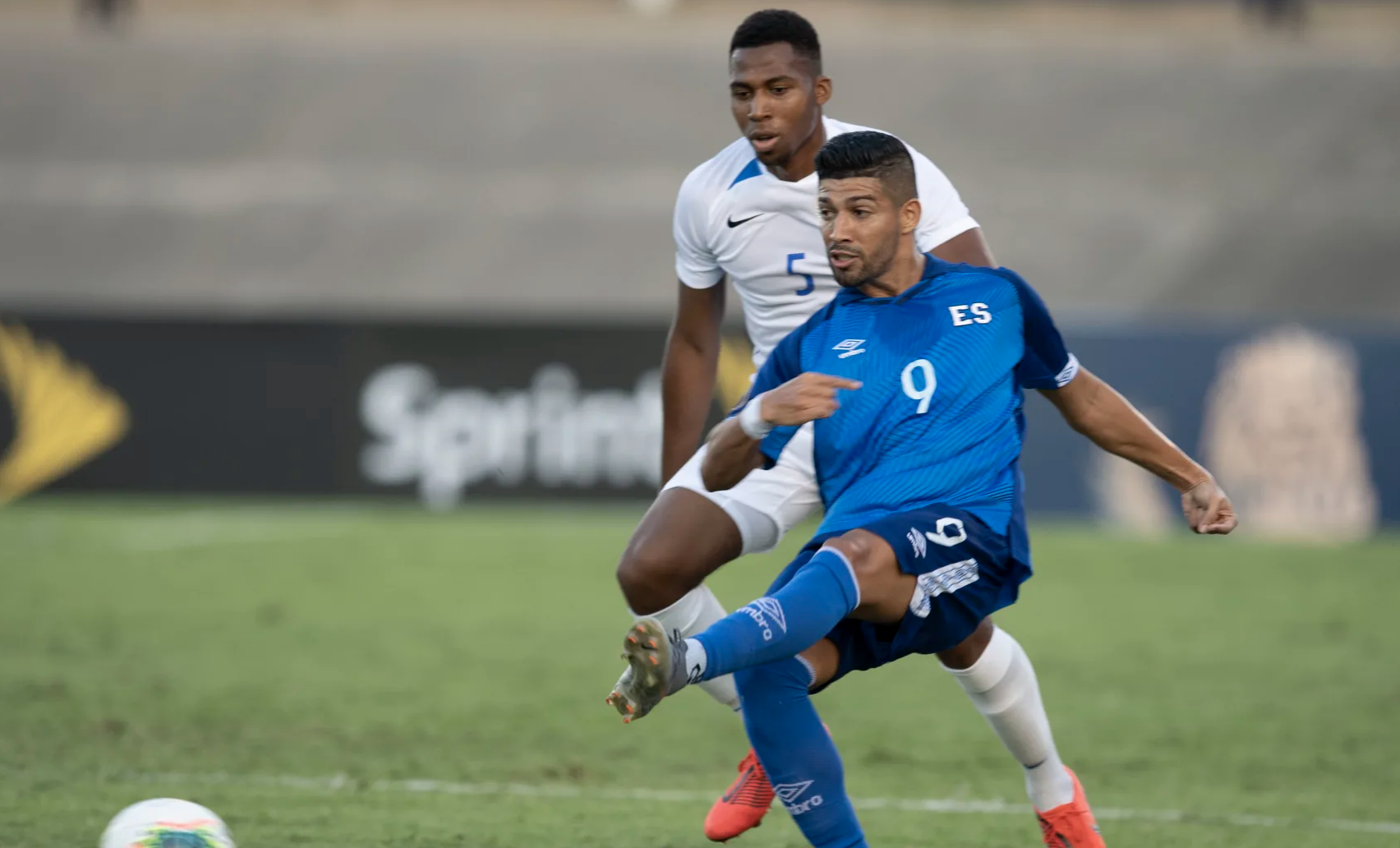 June 17 – Nelson Bonilla’s late strike in added time of the first half was enough to give El Salvador the opening three points in Group C play at the Independence Park Stadium in Kingston, Jamaica.

A slow starting match saw little in terms of goal mouth action at both teams focussed on containment rather than excitement.

As the half was fizzling out, Oscar Ceren delivered the ball into the box for Bonilla to send El Salvador in at the break one-up.

Bonilla (pictured) was the main difference between the teams and he could have doubled the lead on 63 minutes, but his shot from just outside the box dragged wide.

He was in the action again in the 83rd minute, when he forced Room into a reaction save to deflect the ball and keep his team in contention. But it wasn’t enough and the honours went to El Salvador.

The teams now move on to the BBVA Stadium in Houston, Texas, where El Salvador face Jamaica and Curacao meet Honduras.