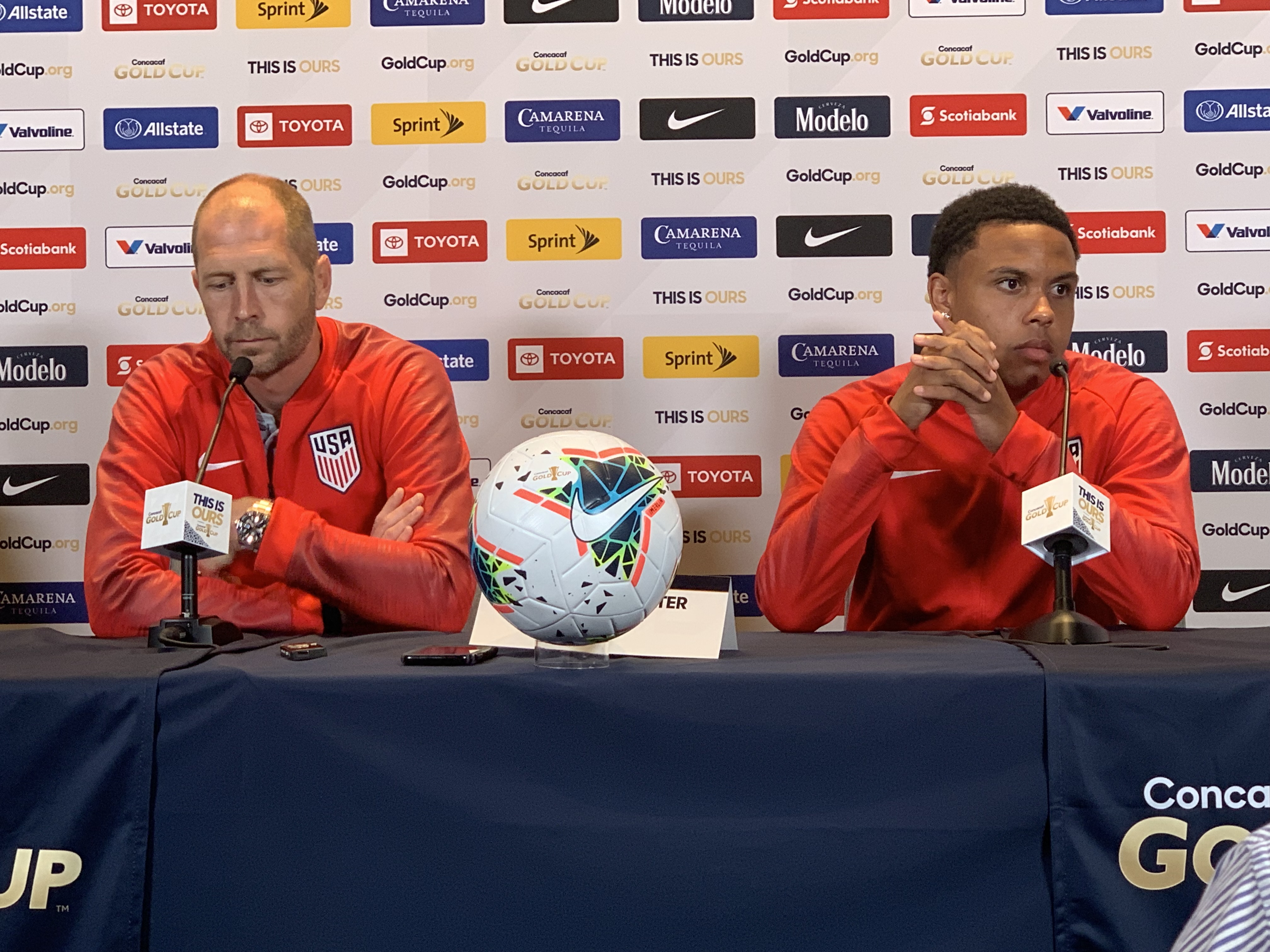 June 17 – The US and Guyana have never played each other before. Guyana have never even made it to a Gold Cup final tournament until now. The US are playing in their 15th finals and looking to retain their title won in 2015. On the face it you wouldn’t hold out much hope for the Guyanans.

It is the Gold Cup’s version of David and Golaith – it could have a similar finish if the US aren’t careful.

US coach Gregg Berhalter (pictured left) has the experience of Jozy Altidore and Michael Bradley to lean on – a total of nine players returning from the 2017 winning team. He also has the youthful talent of Chelsea’s newest singing Christian Pulsilic and

In contrast Guyana manager Michael Johnson has no household names, at least outside Guyana, with four of his players currently without a club.

But it would be a mistake to under-estimate either their self-confidence or their quality. With eight players from the lower echelons of the English leagues they have a collective experience and grit than the Americans may not have encountered – and, perhaps the best kept secret of English football, some real quality.

Berhalter, who acknowledged that they were the favourites for the match (but not for the tournament), said at the pre-match press conference at the Allianz Field in Saint Paul, Minnesota, that “we have our focus on this game and have respect for the opponent. The guys just want to start playing now. The intensity has picked up.

“This is a great process for this group to go through. We could see in training a little bit of nerves. Step by step we are managing it and we will hopefully come away with something we are proud of. Our first objective is to qualify for the next round.”

Guyana know they are the underdogs but in Johnson have a coach that truly believes they have the tools to spoil the US party.

“Preparation is going well and according to plan. We are in a good place mentally, spiritually and physically and looking forward to the game,” said Johnson.

“Our mood is optimistic, yesterday’s training was really buoyant. The lads have got nothing to lose. You always see that with the underdog mentality and that’s when upsets can happen. We are very excited about playing against them.

“Can we dare to dream about something that is bigger than what we are at the moment. Make what might look like the impossible become possible.

“I have belief in our team and if they play in the way I know they can play and one or two of them don’t turn up then that’s when upsets can happen…Now we want to go the next step. We’re greedy, we want more.”

The US will need to be careful they don’t get eaten by a small but tenacious predator.