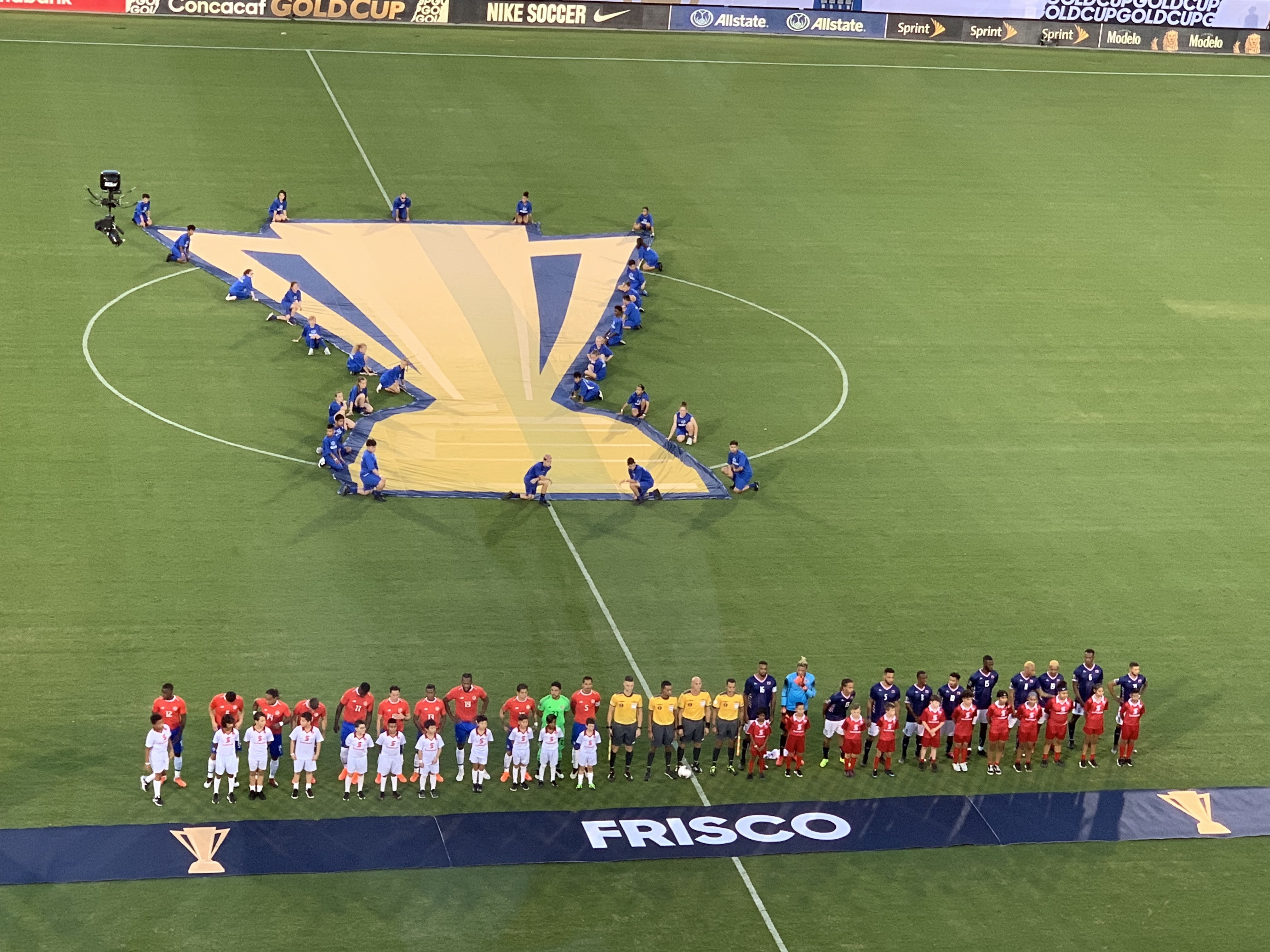 June 20 – Bermuda coach Kyle Lightbourne promised his players would attack Costa Rica and for the first half hour Costa Rica’s reputation meant nothing as Bermuda gloriously threw everything they had at their storied opponents.

Costa Rica had rested their star man Bryan Ruiz from the starting line-up and for a while it looked like they might regret it.

Burnley’s Nakhi Wells could have scored as early as two minutes into the game. Breaking down the right he dragged his shot wide across the front of goal. A corner on 3 minutes was beaten away, on 4 minutes Bermuda were denied a penalty after a clear pull down in the box and on 5 minutes Wells had the ball in the net only to be ruled offside.

Bermuda’s attacking midfielder Willie Clemons was sensational as he repeatedly took the ball past Costa Ricans. He should have scored on 15 minutes when arriving late into the box he hit a left footed shot into the side netting.

Costa Rica created their first proper opportunity on 26 minutes when an Allan Cruz header flew over the bar.

On the half hour Costa Rica went ahead after a corner led to a scramble in the box and Mayron George poked the ball in. It was a goal against the run of play. Bermuda could be forgiven for thinking that at this stage the referee was refereeing the reputations rather than the teams in front of him.

Costa Rica were now starting to impose their possession play on the game and push Bermuda back.

The start of the second half saw the entry of Ruiz. He immediately brought more control to Costa Rica’s play and on 53 minutes they doubled their lead with a nonchalant left footed shot across the goal from Elias Aguilar.

Then Bermuda struck. A corner that saw Bermuda create chaos in the box with eight men on the goal line, lead to Oliver Harvey being brought down. Wells calmly converted to score his and Bermuda’s first ever Gold Cup goal.

Ruiz was booked for diving in the box – it was either that or a penalty so the ref was half right. He then blasted a free kick on the edge of the box into the Bermudan wall. Frustration was creeping in.

Lightbourne responded by throwing on another attacker, Jonte Smith. With two minutes left on the clock he almost equalised, turning on a ball in the box but shooting wide.

Mayron George should have made it 3-1 in the final minute but hit the bar from 2 metres.

Lightbourne post match said: “If we could replay one moment it was the foul early in the match.” It was a poor decision not to give the penalty from a ref who didn’t have a great game, too often in the first half referring reputation rather than the teams in front of him.

“Everyone can see that we deserve to be here,” said Lightbourne. “We are proud, the players are disappointed. But there is a bigger picture along the line. For us it is the beginning.”