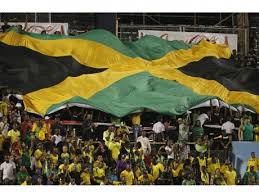 June 21 – Jamaica go into their second Group C game off the back of a euphoric 3-2 win over top ranked group see Honduras in Jamaica, the first time the Gold Cup had been played in the Caribbean.

El Salvador beat Curacao 1-0 in Kingston and will be looking to get their first win against Jamaica to top the group going into the final round of matches in New Jersey. To do that they have to overturn a Gold Cup record that isn’t in their favour.  Although the two nations drew 1-1 in 2017 – Jamaica were on their way to final appearance – El Salvador have lost the two previous Gold Cup encounters.

That said, in the Nations League El Salvador won 2-0 the last time they met.

Dervill Orgill scored twice in Kingston. Darren Mattocks was Jamaica’s lead striker in 2017 and will eager to open is account for this tournament.

El Salvador’s talisman Nelson Bonilla was the difference in the win over Curacao, scoring in first half stoppage time. Playmaker Andres Flores will need to find space against the pace of Jamaica to feed him the goalscoring opportunity.

A last minute goal in Jamaica made the score a more respectable 3-2 for Honduras who need a win to realistically keep their knock out round qualification hopes alive.

Honduran players Alberth Elis, Romell Quioto and team captain Maynor Figueroa all call the BBVA stadium in Houston home as all three play with Houston Dynamo in the MLS.

Curaçao will count themselves unlucky not to have taken something from the match but will need their Caribbean Cup winning strikers Elson Hooi and Leandro Bacuna to start firing.