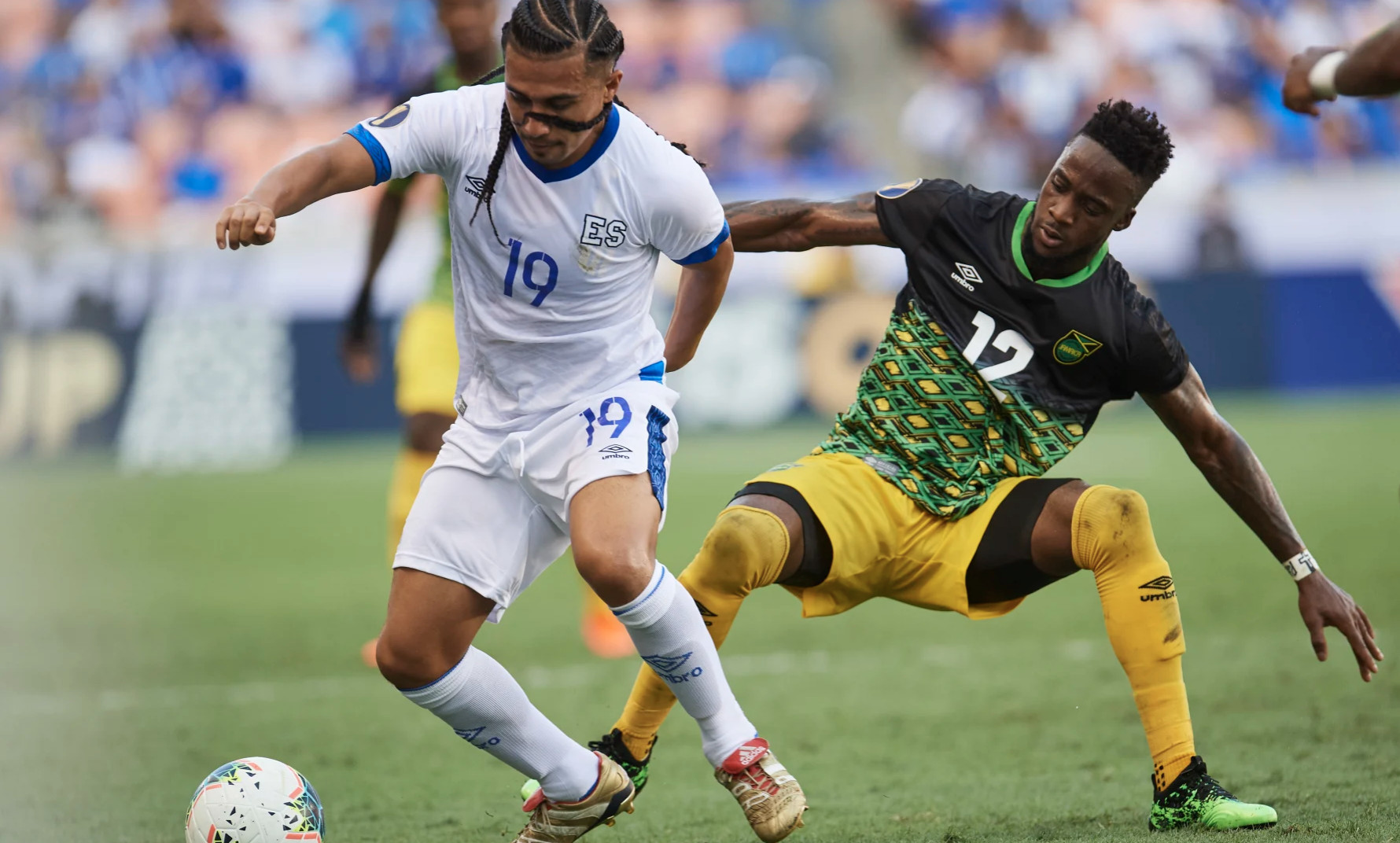 June 21 – After the euphoria of their home victory over Honduras in Kingston, the Reggae Boyz bumped back down to earth at the BBVA Stadium in Houston, sharing a 0-0 draw with El Salvador.

Both sides won their opening matches but they will both need points from their final group games at the Banc of Santander Stadium in Los Angeles to secure their progression to the knock out rounds.

El Salvador look to have the tougher game in LA as they will be facing Honduras who will be nursing the wounds of a shock defeat against Curacao. They will be hoping that the Curacao win was a one-off and that Jamaica will restore natural order. A Reggae Boyz win would be enough to send them through. They have made the last two finals of the Gold Cup.

In Houston Jamaica will be happy with the point but will know they could have won the game. In the first half they controlled possession but couldn’t create enough dynamism to hurt El Salvador in front of goal.

The second half saw Jamaica inject more urgency and El Salvador defender Roberto Dominguez had to make a crucial clearance inside the box to cut out a pass to Jamaica’s Junior Flemmings in the 51st minute.

At the other end Gerson Mayen corner led to back-to-back opportunities for El Salvador in the 62nd minute.

Jamaica’s leading scorer Darren Mattocks was brought on in the 66th minute (this is his 3rd Gold Cup) to freshen up the attack. On 76 minutes El Salvador goalkeeper Henry Hernandez made a crucial save, clearing a rocket from Shaun Francis.

A flurry of Jamaican activity around the El Salvador box came to nothing while a Nelson Bonilla free kick was beaten away, as was a Leon Bailey free kick for Jamaica.

The Gold Cup has been a tournament of goals. This was the first 0-0.

Contact the writer of this story at [email protected]worldfootball.com