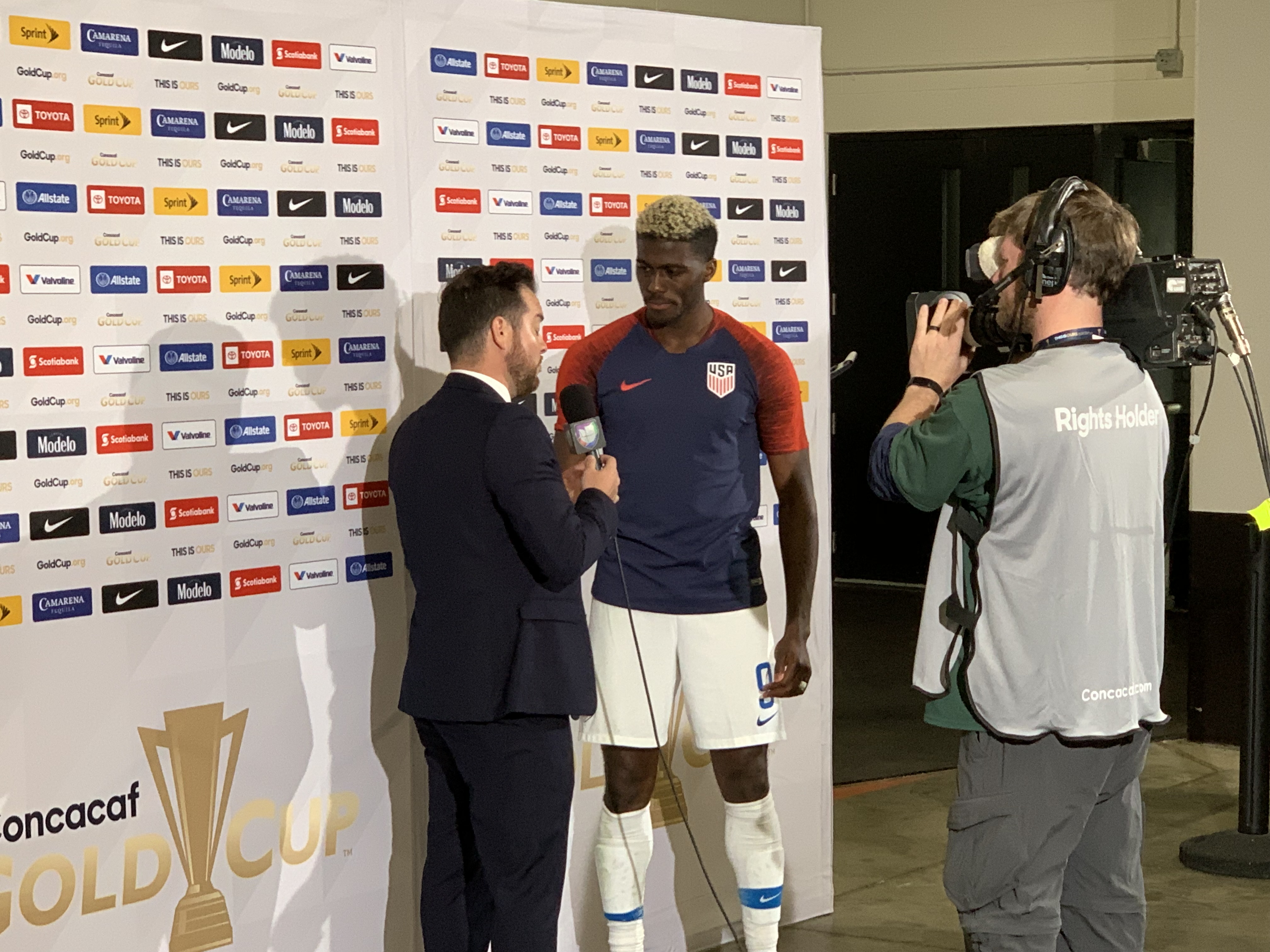 June 22 – The US marched into the quarter finals with another commanding attacking display putting five unanswered goals past Trinidad and Tobago and reinforcing their credentials as Gold Cup contenders.

The last time the US played Trinidad and Tobago was in a Russia 2018 qualifier which the US famously lost. A match that should have been a routine qualification game for the US turned into a disaster that sent Panama to World Cup.

There was to be no repeat of that performance at the FirstEnergy Stadium in Cleveland in front of 23, 921 home fans.

The US came in to this game after with a 4-0 win over Guyana in the bag. Trinidad came in after a disappointing 2-0 loss to Panama and with coach Dennis Lawrence demanding more urgency and commitment from his players.

US coach Gregg Berhalter said he was expecting a counter attack game from Trinidad, and that is what he got.

The opening 15 minutes were frantic with both teams attacking at pace. Tyler Boyd was the first to open his shooting account (wide), Alvin Jones immediately mirrored at the other end. Paul Arriola, Christian Pulisic, and Boyd again, all let fly. Trinidad’s Khaleem Hyland had his effort gathered by Zack Steffen in the US game.

Hyland’s pace from a deep sitting but well martialled Trinidad defence was always going to be a threat. But Trinidad’s threat was blunted when Hyland hobbled off on 17 minutes.

With his threat gone the US began to take control and build pressure on the US goal with Pulisic and Boyd in particular switching flanks and tormenting the Trinidad full backs.

On 40 minutes the US had their breakthrough and the relief on the US bench was palpable. With pressure again building in the Trinidad third the ball was worked across to Tyler Boyd on the left whose cross picked out an incoming Aaron Long to head home.

The half time stats told the story. The US had a total of nine shots, five on target.

Trinidad started the second half playing higher up the pitch. Levi Garcia, now operating as a loan striker, had a shot batted away for a corner. 12 minutes later, free on the left and with only Steffen to beat he blasted the ball over the top left corner of the goal. It was a let-off for the US.

The US were soon back into their stride with Paul Arriola’s running on the left side continually a threat. On 54 minutes Boyd should have doubled the lead but fired his shot from the middle of the goal over. He may be the flavour of the moment after his tow goals in St Paul last match, but he won’t want that kind of profligacy to define his career

12 minutes later, free on the left and with only Steffen to beat he blasted the ball over the top left corner of the goal. It was a let-off and a warning for the US.

On 66 minutes Michael Bradley chipped the ball right to an advancing Lima who headed across to goal for Gyasi Zardes to tap in.

Zardes was on the scoresheet two minutes later. This time it was Pulisic carrying the ball left to right who switched the ball inside into the space created for Zardes who curled the ball neatly round Marvin Phillip.

On 70 minutes Zardes should have had his hattrick. Another Arriola run down the right saw the ball squared for Zardes who thumped the ball into the bar with only Phillip to beat.

The US were now rampant and Pulisic made it four on the counter attack as the Trinidad midfield went missing and their defence was again overrun.

Jozy Altidore was introduced to the US party on 73 minutes and his first minutes in the competition. On 78 minutes Arriola was rewarded for his running with a simple tap in to make it 5-0. On 90 minutes Long headed in his second goal making the misery of Trinidad’s last 25 minutes complete.

Trinidad coach Dennis Lawrence bemoaned the lack of concentration in the last 25 minutes. “How can we be so good for 65 minutes and so awful for 25 minutes. That is all down to mentality.” He also pointed to Garcia’s miss on 65 minutes as a defining moment. “It was a big moment, an opportunity to equalise, instead we conceded…He has to learn to put those away because you don’t get much clearer chances than that.”

Berhalter praised the creativity of Pulisic. “A focus has been to get Christian into positions where he can change the game.” But it was the totality of the all round performance that marked this game out for the US. “We asked the guys to be aggressive in defence and press, and I think they did that. Our top guys had good shape…we showed the diversity of our game. Our focus was to prepare for this game and get through to the next round.”

The US now move on to Kansas City where they face something of a dead rubber against fellow qualifiers Panama. Trinidad, a traditional power in the Caribbean, face up and coming Guyana and won’t want to slip any further.