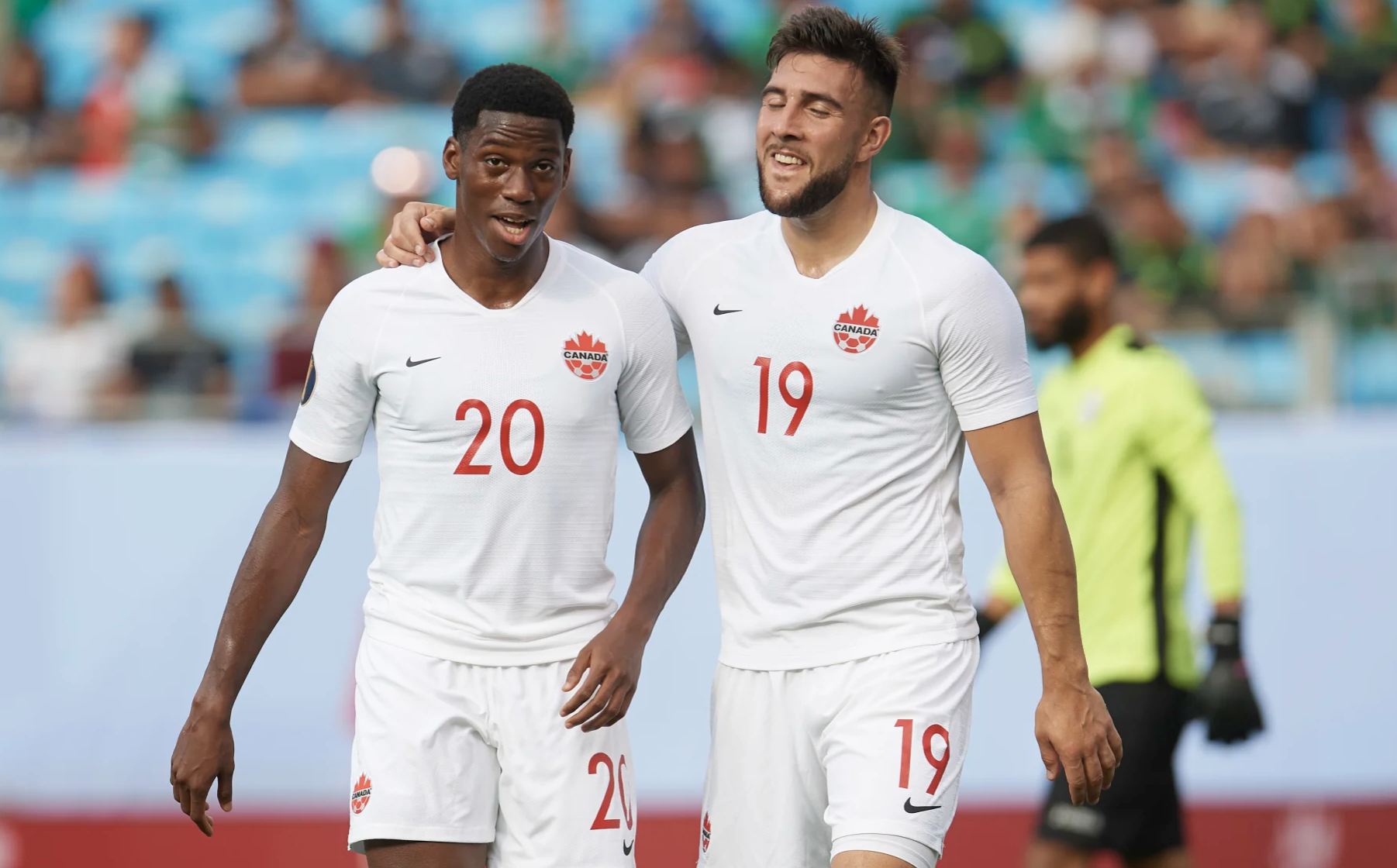 June 24 – Group A concluded in Charlotte, North Carolina, with another goal fest and Mexico and Canada rubberstamping their progression to the quarter finals.

Mexico dominant but goals dry up

Mexico, the form team of the Gold Cup, beat Martinique 3-2 in a performance that had the fluidity of their first two games but not the goals.

Uriel Antuna fired in a strike for a 1-0 lead on 29 minutes but Martinique’s star striker Kevin Parsemain smashed in a superb fight footed shot to level the score.

Mexico’s response was immediate with Raul Jimenez making it 2-1 and Fernando Navarro making it 3-1 on 72 minutes. Jordy Delem pulled back for Martinique on 84 minutes but it wasn’t enough to change the result.

Cuba were handed another 7-0 thrashing, this time by Canada who had been easily beaten in round 2 by Mexico.

The Canadians returned to form with Lucas Cavallini (pictured right) and Jonathan David (pictured left) both scoring – the first time two players from the same time had scored a hattrick in a Gold Cup match.