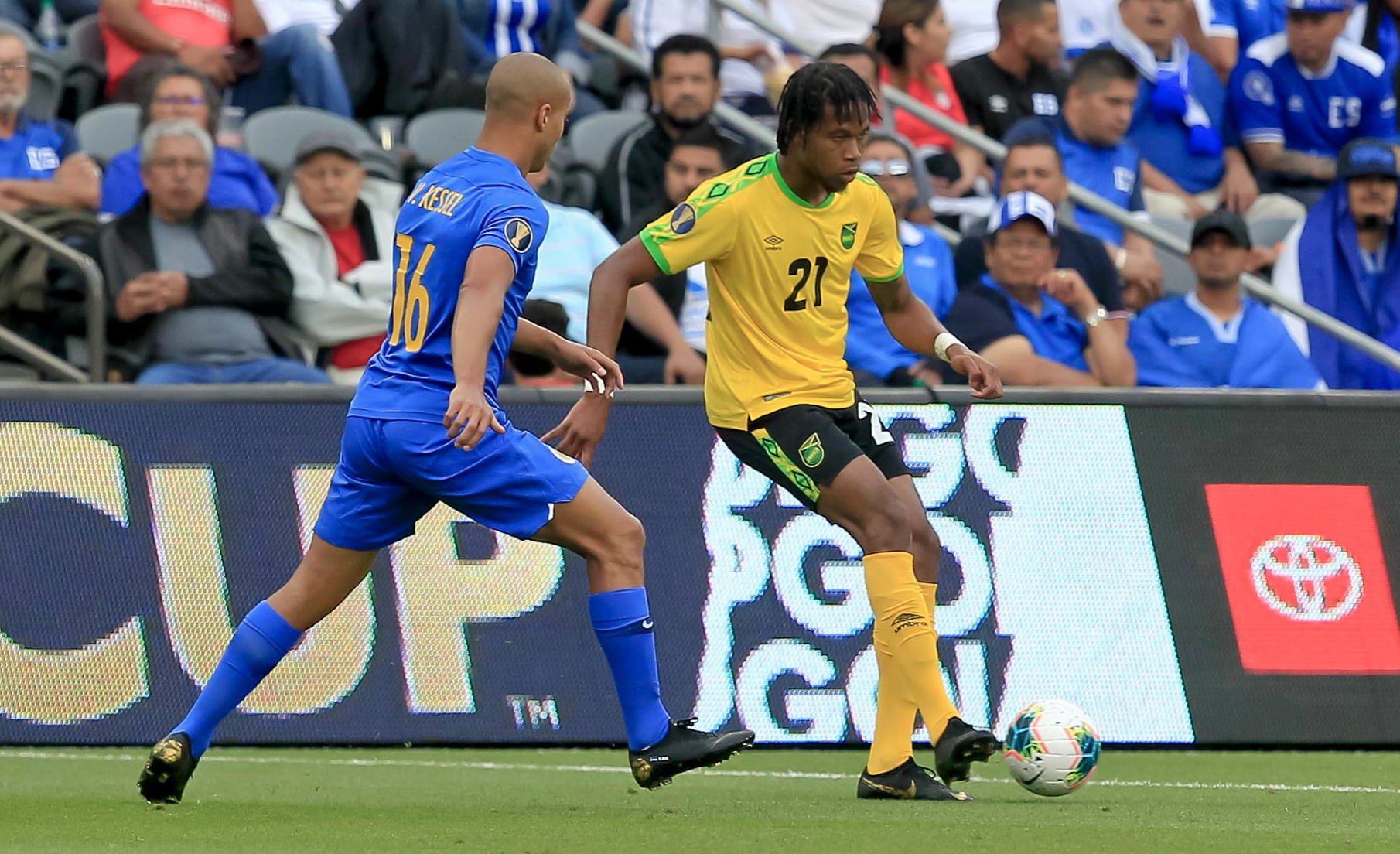 June 25 – It wasn’t an act of giant killing but it was a giant act. Curacao, who had never scored a goal in the Gold Cup until last Friday, stunned the Reggae Boyz with a goal in stoppage time to give them a lifeline to the next round.

Curacao Remko Bicentini had emphasised the importance of taking chances. It was a moment of brilliance that kept this Caribbean islands hopes alive.

Jamaica needed just one point from this match to qualify for a quarter final against the US or Canada – they achieved it but were left ruing a catalogue of missed chances early on the at shold have put the win beyond doubt.

Curacao needed a win to guarantee progression, a draw would give them an outside chance of going through.

Jamaica rested star striker Leon Bailey (Bayer Leverkusen) and midfielder Michael Hector, as well as two-goal hero from 3-2 win in Kingston over Honduras, Dever Orgill. They showed no signs of missing them early on.

From the start they imposed themselves on the ball and should have been a goal up on 5 minutes. Shamar Nicholson received the ball from a pass across the box but scuffed his sidefooted shot which agonisingly took a deflection and dribbled past Eloy Room’s goal.

From the corner Damion Lowe had his header from 4m cleared off the line. Nicholson then met the resulting corner with force, heading down from 5m but only to bounce the ball over the bar.

On 10 minutes Jamaica had two more corners that saw another shot saved off the line. Curacao were living dangerously.

On 12 minutes, a ball across the box found which again found Nicholson who hit the post with Andre Lewis picking up the rebound but blasting wide.

It was one-way traffic and on 14 minutes the Curacao’s luck finally ran out. The always dangerous Lewis coming through from midfield shot from outside the box and Nicholson deflected past Room.

On 39 minutes Curacao had their best opportunity of the half when Jarchino Antonia was through on the left but dragged his shot across the face of Andre Blake’s goal. It was the chance Bicentini had been looking for.

Curacao were in the game and ended the half leading the possession stats with 54% but failing to really threaten. way behind on shots – 11-4 down

Jamaica started the second half in the way they began the first. One minute in Devon Williams had his shot deflected over the bar by Room.

On 61 minutes a corner found Nicholson standing free 7m out – he again headed over the top unchallenged.

Curacao were working hard on both flanks with Antonio on the left on the Castillo on the right and pushing more men forward relying on a two-man central defense protected by a deep midfielder to cover the Jamaican attacks.

Leandro Bacuna and Elson Hooi, pushing through the middle both had both has shots easily gathered by Blake.

On 79 minutes Nicholson should have doubled his and Jamaica’s tally. Jamaica worked the ball up field and found him free in the box only to blast over the top with his left foot. He will have nightmares over the number of missed chances he had this evening.

And then things began to turn Curacao’s way. On 85 minutes Gino van Kessel fired a left footed shot into the side netting. Five minutes of stoppage were flashed up and Curacao found a renewed urgency. Van Kessel was brought down 6m outside the Jamaica box. Bacuna’s free kick deflected of the wall for a corner.

And then the remarkable. The short taken corner found its way to Jurien Gaari on the outside of the box who fired from outside the box into Blake’s top left corner.

Jamaican coach Theodore Whitmore was fairly non-plussed at his post match press conference saying: “We are in a tournament, It is not all about performance, it is about results.”

Asked if he thought they would score in stoppage time, Bicentini said: “Of course. We played the second half with two and a half defenders and players up front. We wanted to make a goal…if there had been three or five minutes more we could have scored again.”

Curacao now needed Honduras to beat El Salvador by two goals to guarantee a trip to Philadelphia and a quarter final against the US or Panama.