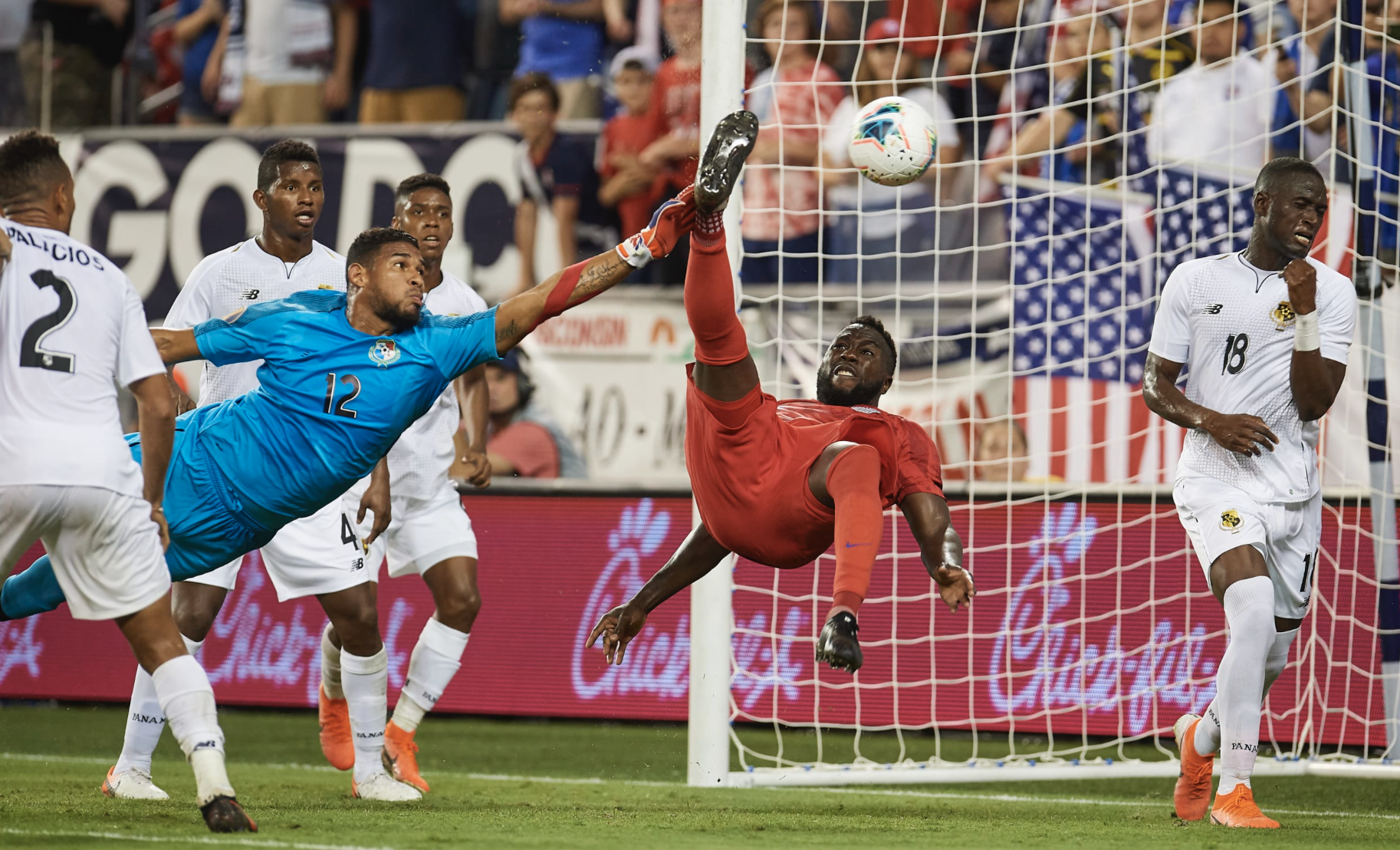 June 26 – They banged their drums, sung their songs and waved their flags in a sea of patriotic fervour.The Gold Cup bandwagon brought defending champions Team USA, as it’s known throughout the country, to the Midwest tonight to take on traditional rivals Panama – and Kansas City roared them on to a narrow 1-0 win and a quarter final matchup with tournament surprise package Curacao.

If the scene had a familiar look about it, that’s because these two Concacaf powerhouses, both of whom had already qualified for the last eight in Philadelphia on Sunday, also met four years ago at the same stage of the competition  at the same venue in a 1-1 draw.

The US went on to secure their sixth Gold Cup title that year, beating Jamaica in the final and needed just a point tonight to top the group and avoid the Reggae Boyz in the last eight, a hurdle that will now be negotiated by Panama.

With less than 72 hours separating the quarter finals and semi finals, coach Gregg Berhalter completely overhauled his team, making eleven changes – all but one starter being from the MLS – though to be fair his Panamanian counterpart, Julio Dely, was similarly cautious and made nine changes.

\While the stadium wasn’t quite full to its 19,500 capacity – the official figure was put at 17,037 – there was still a collective buzz of expectation around the place for the main fare of the night’s double header, with the American Outlaws – the  equivalent of the Ultras who go to every game – making their trademark din behind the goal.

The predicted storms for the Kansas area never materialised and playing in all-red, the joint Gold Cup hosts started on the front foot in humid but perfect playable conditions in the soccer-specific stadium, a 30-minute drive from downtown Kansas on the outskirts of the city.

Jozy Altidore produced the game’s first moment of danger on 15 minutes, only to miss the target when he rushed and shot across goal. A glorious three-man interchange shortly afterwards almost gave the USA the lead again but this time Altidore’s weak effort was easily gathered by Jose Calderon.
Panama, all in white, were clearly content to soak up pressure and hit the favourites on the counter.

The Americans continued to probe almost exclusively down their right only for their efforts to be thwarted by some last-ditch defending. On 28 minutes Calderon fisted away a poorly delivered Djordje Mihailovic freekick, then Fidel Escobar valiantly blocked a goal bound Jonathan Lewis effort.

In a rare Panamanian foray forward, Jose Fajardo fired straight at Sean Johnson, then came even closer when he lashed a shot narrowly wide as Panama broke quickly out of defence. It was clearly a tactic they had worked on, both teams knowing each other as well as they do.

As dusk began to fall with a gorgeous pink skyline,  another US move was belted away for a corner, only for the referee to blow for halftime before it could be taken.

It’s not easy when you change an entire starting line-up to expect immediate results but with Christian Pulisic on the bench, the USA badly needed a creative impetus to add more variety to their game and give the crowd what they had come to see.

But it was Panama who made the halftime substitution as the speedy Fajardo was surprisingly replaced, perhaps because he had taken a knock.

Facing the American Outlaws in the second half, the breakthrough still wouldn’t come as the final ball kept going to Panamanian feet. As the frustration threatened to boil over, so Berhalter had a word with the Qatari referee about a succession of tasty Panamanian challenges.

A change had to be made and the biggest cheer of the night greeted the introduction with 25 minutes left of Chelsea-bound Pulisic, America’s most expensive footballing export.

Within seconds, the USA at last grabbed the lead though it had nothing to do with Pulisic. Panama failed to clear a corner and as the ball was headed towards goal Altidore reacted with an acrobatic close-range bicycle kick.

Panama’s reaction was to step it up in the last 10 minutes as the hosts retreated but in truth they rarely looked like snatching an equaliser apart from a Gabriel Torres effort that fizzed wide.

Altidore was cheered off when subbed with eight minutes to go and while his team’s performance was nowhere near perfect, Berhalter would doubtless argue you can only beat what’s in front of you and will have been pleased to have given important game time to some of his fringe players.

That’s three straight wins, 11 goals scored in the group stage and none conceded. The stats augur well for the business end of the tournament.