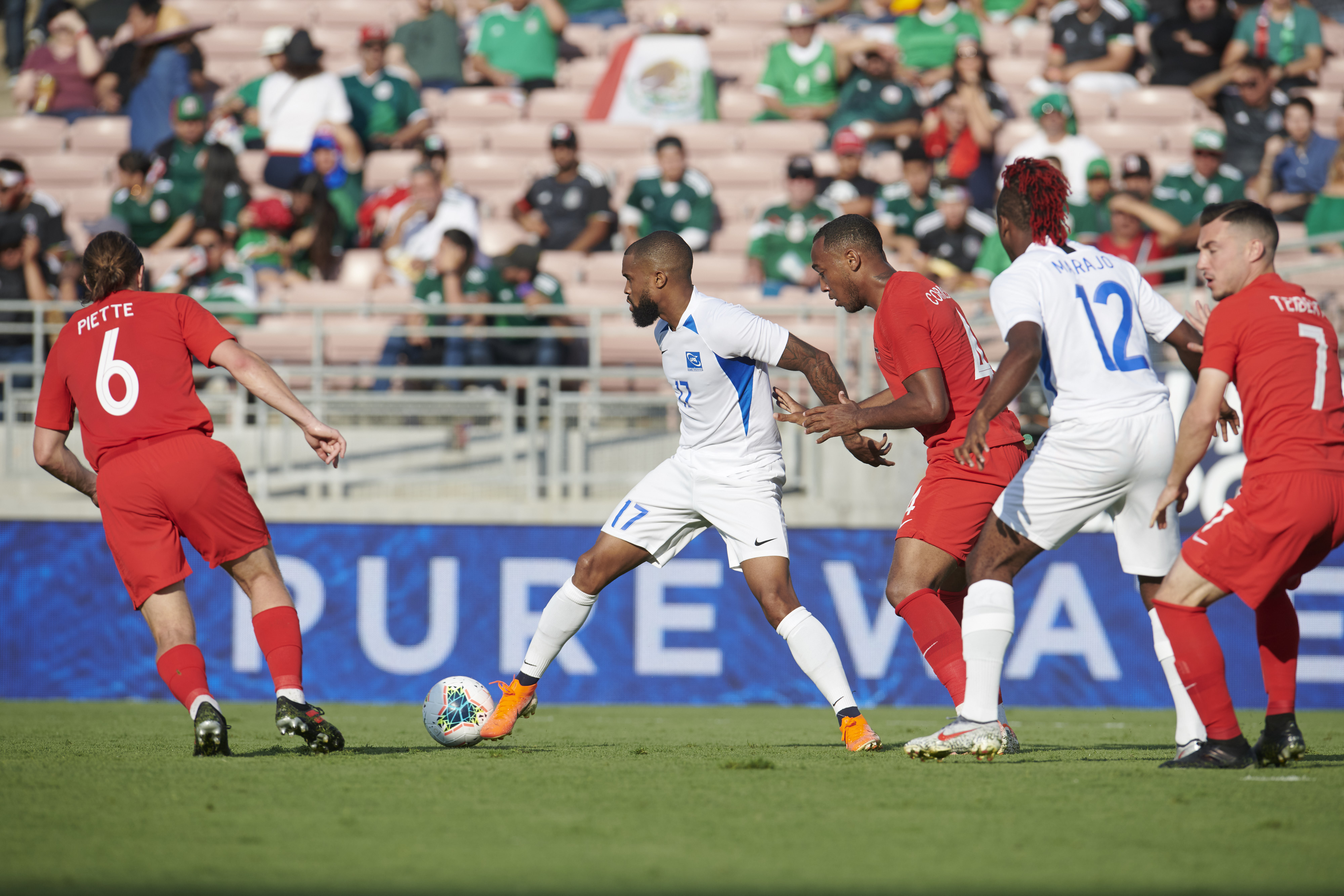 June 28 – Opening Gold Cup quarter final play in Houston, Texas, are Canada and Haiti, an intriguing fixture between two aspiring Concacaf nations who have both made their mark in different ways so far in this tournament.

It will be a match of contrasting styles. Canada have built their style of play around their European-based players and a passing game spiced up by the mercurial brilliance of Alphonso Davies on the wing and the goal scoring find of the tournament Jonathon Davies.

Ay just 19 years of age Davies already has a hat trick to his name (against Cuba) as well as a brace in the opening game against Martinique. With five goals he is the tournament’s leading scorer.

Canada has set a team record for most goals scored in a single Gold Cup, surpassing the nine goals it tallied when it reached the semi-finals in 2007.

Canadian coach John Herdman, in his first major men’s tournament with Canada, sacrificed the group game against Mexico, resting five of his leading players and in particular a midfield that he expects to cover a lot of ground.

The result is that while we saw that Canada can take apart lesser opposition, it is difficult to know what this developing team will do against equally matched opponents.

Haiti will provide that equal match, and a fair amount of steel to go with it.

The Haitians have repeatedly talked about bringing joy to their poverty stricken country and have done so in every match so far.

In coach Marc Collat they have a savvy strategist who knows his players and has instilled a discipline to their formation that makes them hard to score against. They have only conceded twice in what has been a high scoring tournament. It is the second best defensive receord after the US who have yet to concede.

Up front they have the hard running Duckens Nazon who is always threatening in the danger areas in front of goal and physical presence for any defence.

It is that physicality in the Haitian team and its palpable desire to win that might unnerve the Canadians.

John Herdman comes over as a very nice guy. Canada will be hoping he isn’t too nice.