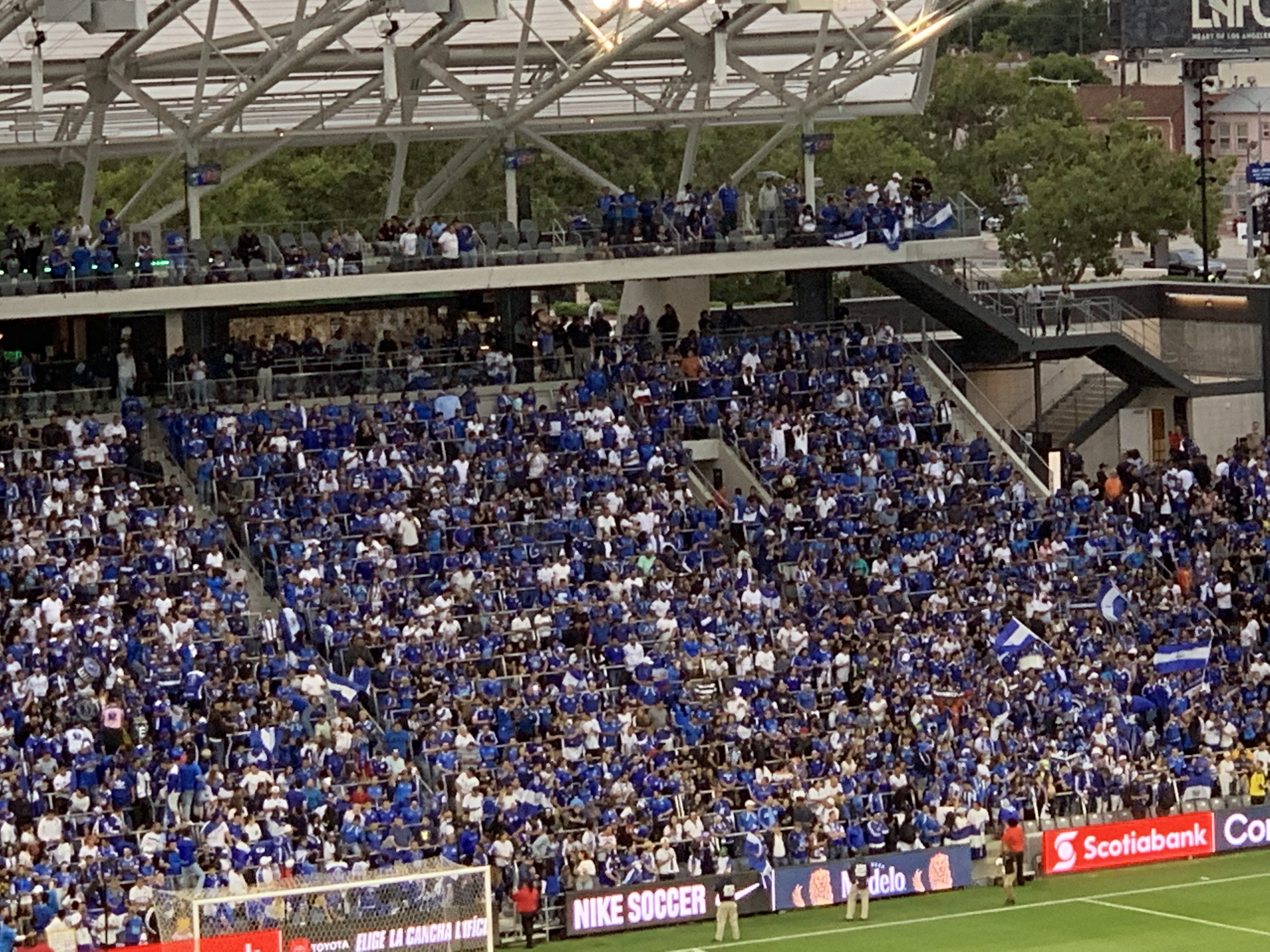 By Paul Nicholson in Houston

June 28 – With the first 12 days of Gold Cup double header group games finished, Concacaf is reporting four of the stadia as sell outs and three near sell outs. Tickets for the knock out rounds disappearing fast.

It has been a phenomenal pace and trek through the diversity of the region – Costa Rica and Jamaica hosted for the first time – and the vastness of the US and its remarkable stadium facilities.

Such is the pace of this tournament that its akin to football’s version of speed dating. 16 teams playing every four days – two games per session – gives you plenty of opportunity to identify favourites and completely immerse yourself in the region’s football culture, teams and players.

A two-day break after the excitement of the previous 12 days which has seen just one 0-0 draw and three major acts of giantkilling, feels like you are being cheated. The intensity of the drama has been exhilarating. The party and celebration pretty much non-stop.

The first quarter final in Houston’s 72,000 NRG Stadium is already sold out, and not surprisingly. It features a rejunvenated and pulsating Mexico against Costa Rica – two of the Big Three teams in the region of the past 10 years, though Costa Rica look to be in decline from their World Cup glory of 2014.

To get there Mexico packed in 65,000 plus in the Rose Bowl in Pasadena and another 50,000 in the Broncos Stadium at Mile High, Denver.

Elsewhere the Allianz Field in St Paul rocked to a sold-out US home crowd on match day 4, the BBVA Compass Stadium in Houston saw the central Americans from Honduras and El Salvador nearly fill the arena – they did fill it in Los Angeles four days later.

The Red Bull Arena in New Jersey and the Children’s Mercy Park stadium in Kansas City were also near sell outs.

With Concacaf sending out advisories to fans attending the Houston games on Saturday to arrive early to avoid queues, they are also reporting that the two quarter finals, at the 69,000 capacity Lincoln Financial Field in Philadephia (the US meet Curacao and Panama face Jamaica) is selling fast and a similar advisory has been issued to fans to go early to avoid queues.

Next stops for the semi-finals – after a one day rest break – are the 63,400 State Farm Stadium in Phoenix (Mexico’s next venue if they beat Costa Rica), and the 69,000 capacity Nissan Stadium in Nashville (on the US’s route). The final is at Chicago’s 61,500 capacity Soldier Field.

That will complete 17 venues in 22 days for a Gold Cup that was expanded to 16 teams for the first time, which is breaking records at every turn and has stamped this confederations competition mark on the global calendar.