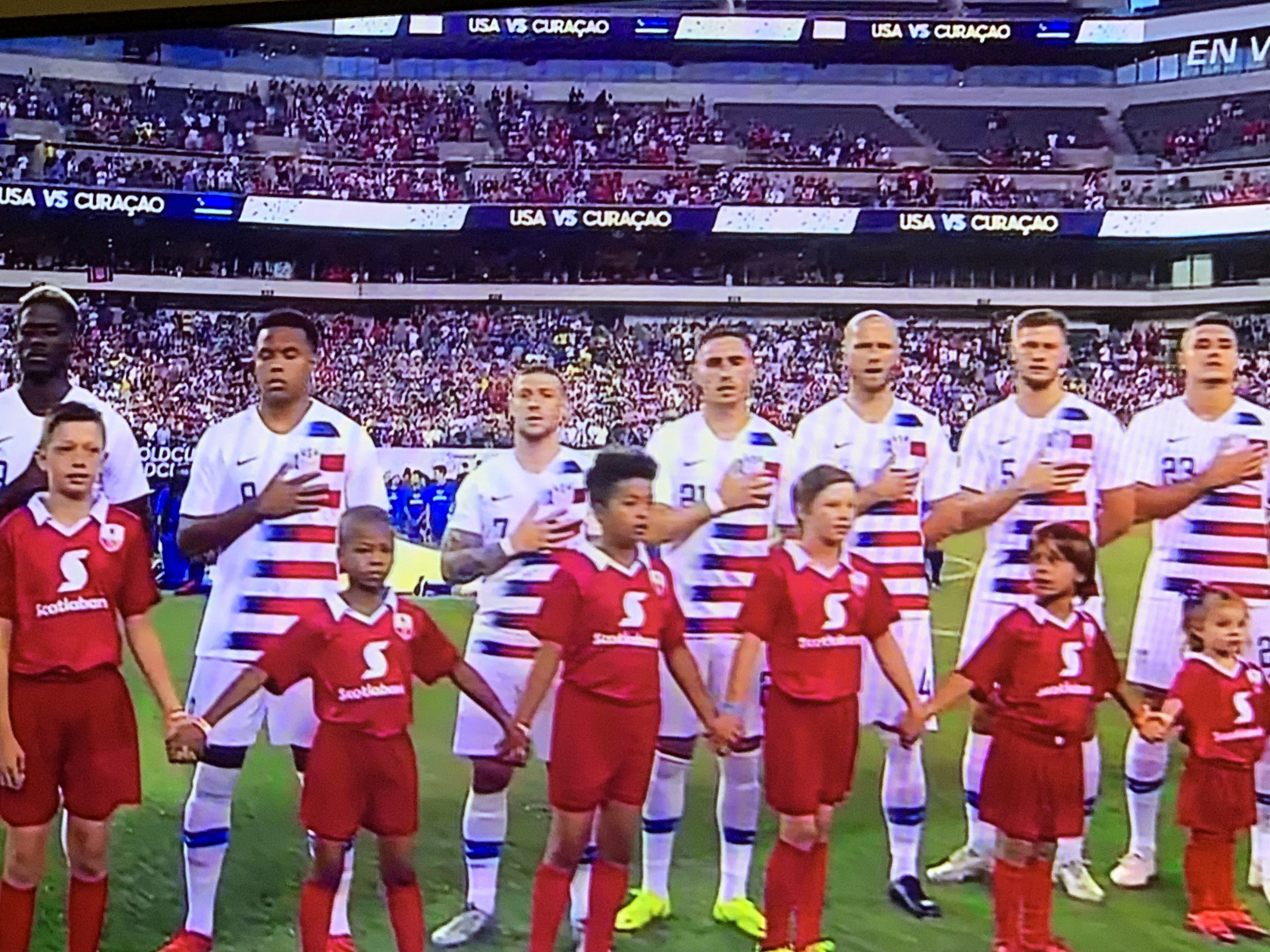 July 30 – The US came into this quarter final with everything to lose against the tournament giantkillers Curacao, who have played with no fear and have revelled in the heroics of pulling off the unexpected.

The US (population 325 million+), are rebuilding their team and reputation after their surprise failure to qualify for Russia 2018 after losing in Trinidad, could not afford to slip up similarly on home ground to another minnow from the Caribbean.

Curacao (population 165,000) are proof that even after just one season, Concacaf’s Nations League is working, providing more competitive matches and raising the overall standard of national team football across the region.

The romance of the Curacao journey was however to end at the Lincoln Financial Field in Philadelphia against a US team, if not firing on all cylinders, were pragmatic enough to get the job done.

Curacao opened brightly but even so, on their first counter attack the US should have been a goal ahead. Christian Pulisic running right to left pulled his shot from the edge of the box wide of Eloy Room’s left post rather than use the overlapping running on this right. It was a poor decision given that a clinical start would have given them the opportunity to put this game to bed early. 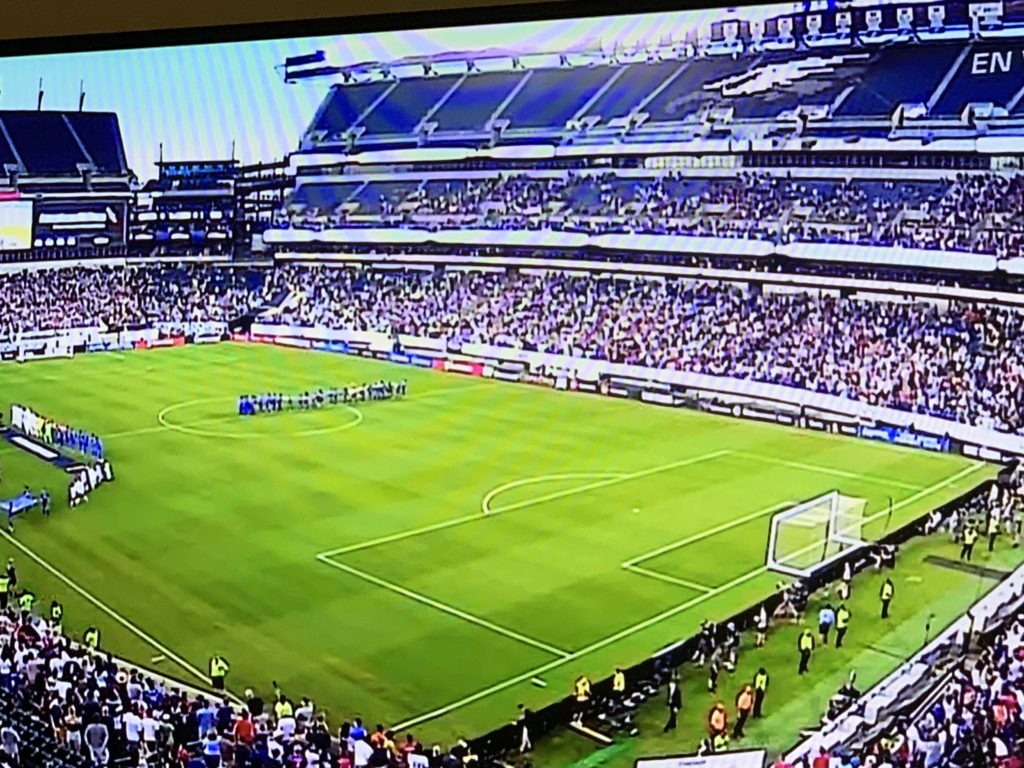 On three minutes Room – almost certainly the goalkeeper of the tournament to date – and the hero of Curacao’s win over Honduras against whom he made 15 saves, was called into action.

Paul Arriola, attacking the byline on the left crossed to Pulisic to tap in from 3m – it was a classic US move of this tournament. But with the ball headed goalward the PSV Eindhoven keeper pulled off a brilliant reaction save to palm the ball wide.

Goalkeepers don’t win games, they save them. Once again Room had kept Curacao in contention.

Curacao were not overawed  by the might of their of opponents and have gradually grown into this tournament with an understanding that they are not just a romantic giantkilling story. On 12 minute Elson Hooi fired over from outside the box.

However it was first blood to the US on 24 minutes. Pulisic, at the heart of most things creative for the US, crossed from the left to find Schalke 04 midfielder Weston Mckennie free on the right hand post to head the Americans in front.

Curacao could not afford to sit back and wait now and started to mount more serious attacks. On 31 minutes Gevaro Nepomuceno, increasingly causing problems for the US defence, saw his left foot shot from the edge of the box slide past Zack Steffen’s right post.

Michael Bradley responded at the other end with a tame side footed shot wide. Curacao had now upped their pace and were increasingly getting four and five men into the US penalty area.

On 42 minutes a Nepomuceno corner was met by incoming Darryl Lachman who headed over. It could easily have gone in and levelled the scores at the break.

The second half opened up for both sides. On 53 minutes Nepomuceno, again, dragged a shot wide of Steffen’s right post. At the other end Pulisic did the same past Room’s right post. More chances were falling to Nepomuceno but Steffen was proving to everything he had.

On 78 minutes Gyasi Zardes should have made it two for the US. Another counter attack down the left saw the ball pulled across to Zardes in front of goal who connected to send it into row Z of the stands.

Curacao have become the masters of clinging on and then grabbing a result against the odds. On 83 minutes, with the US defending with two banks of four,  Leandro Bacuna gathered the ball 25m out and let fly with a left foot shot that forced a superb save from Steffen diving to his right. 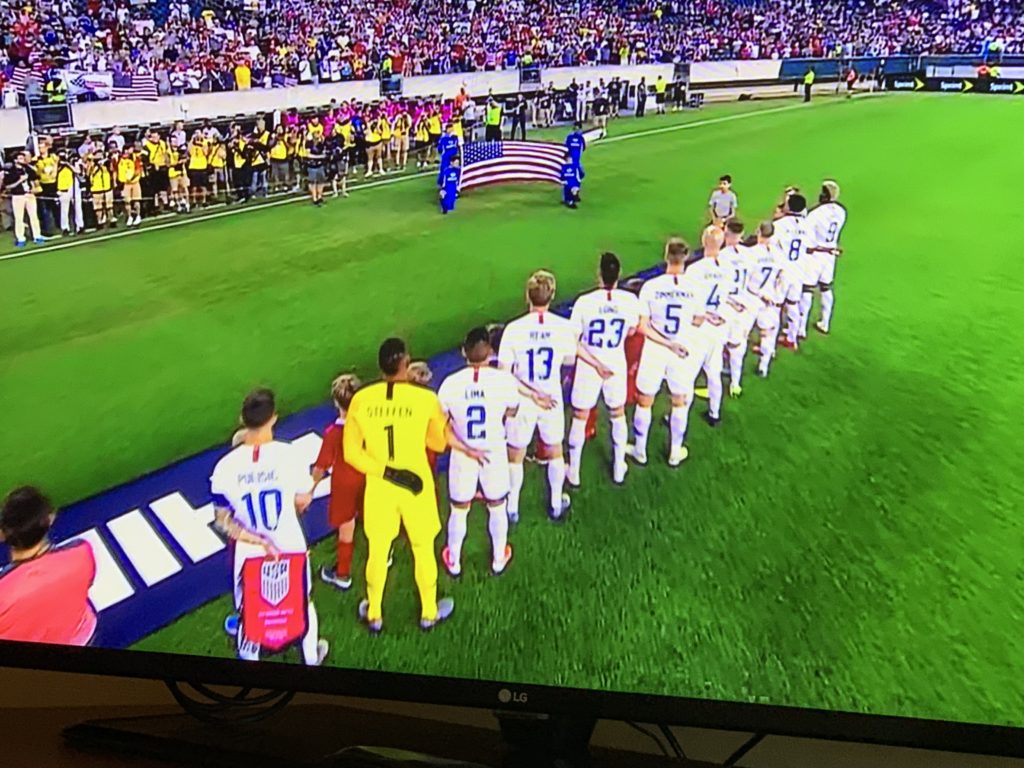 The US were happy to defend the lead and see out the game, but they will be concerned at the number of missed chances they had. But they will also be comfortable in the knowledge that they have yet to concede a goal in this tournament. They now head to Nashville for a semi-final against their 2017 final opponents Jamaica who will pose a very different attacking threat.

Curacao head home but with their first goals, wins and qualification from the group stage as proof that they aren’t just making up the numbers.