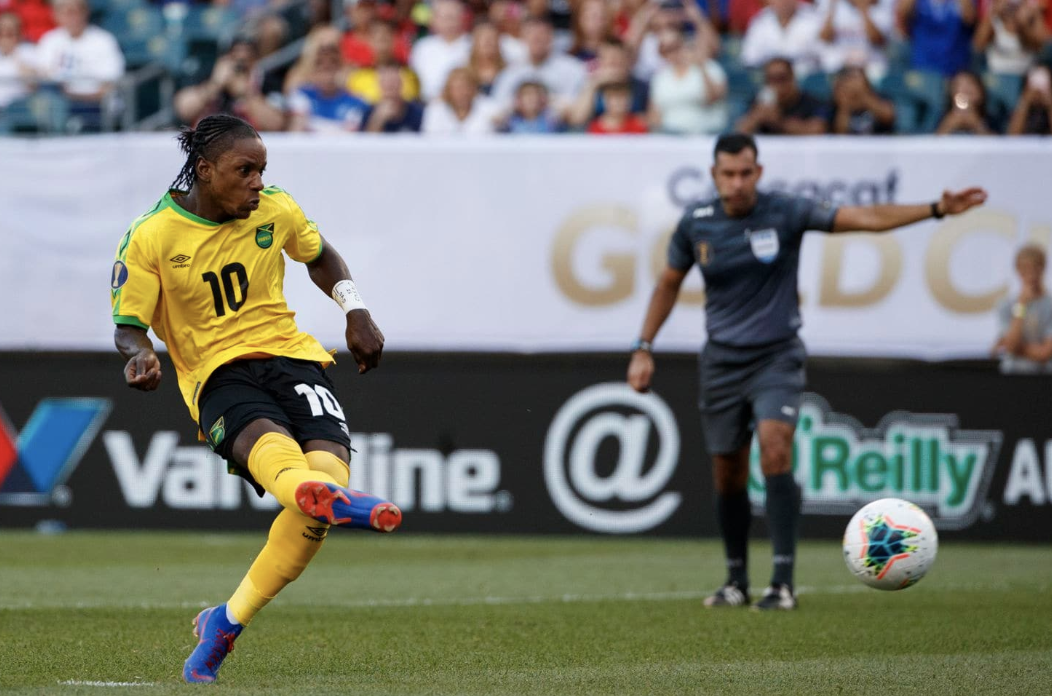 July 30 – Jamaica bundled Panama out of the Gold Cup at the Lincoln Financial Field in Philadelphia, Sunday, to set up a semi-final against with the USA or fellow Caribbean island Curacao in Nashville on Wednesday.

The Jamaicans have been the beaten finalists at both the 2015 and 2017 Gold Cups (Mexico and the US), and once again they have saved their best form for this competition.

The Panama loss means there will be no Central American nations in the semi-finals – Costa Rica were beaten by Mexico in a thrilling match in Houston Saturday. There will be at least two Caribbean teams, with Haiti coming back from two goals down at half time to sensationally beat Canada, in the second match of Houston’s double header.

Jamaica’s hero in Philadelphia was FC Cincinnati forward Darren Mattocks, brought on as a substitute for Dever Orgill on 58 minutes. On 75 minutes he stepped up to calmly send Panama keeper Luis Mejia the wrong way from the penalty spot. Panama’s Michael Murillo had given a handball away.

In a match that could have gone either way the big moments belonged to the goalkeepers with two saves from Jamaica’s Andre Blake, who plays his club football for the Philadelphia Union, including one from Abdiel Arroya that looked goal-bound.

Jamaica had opened their campaign on home territory with a high octane 3-2 win over Honduras in Kingston, the first time a Gold Cup game had been played in the Caribbean. They had then played a comparatively insipid 0-0 draw with El Salvador before meeting Curacao in their final group game.

Jamaica should have been three or four up in the first 15 minutes against Curacao, but only went one-up until the final minute of the game when a lapse of defensive concentration let a goal in. There was to be no lack of application in Philadelphia as the Jamaicans closed out the win and a trip to Nashville for a record fourth successive Gold Cup semi-final – a record for a Caribbean nation and with their sights set on a third successive Gold Cup final appearance.