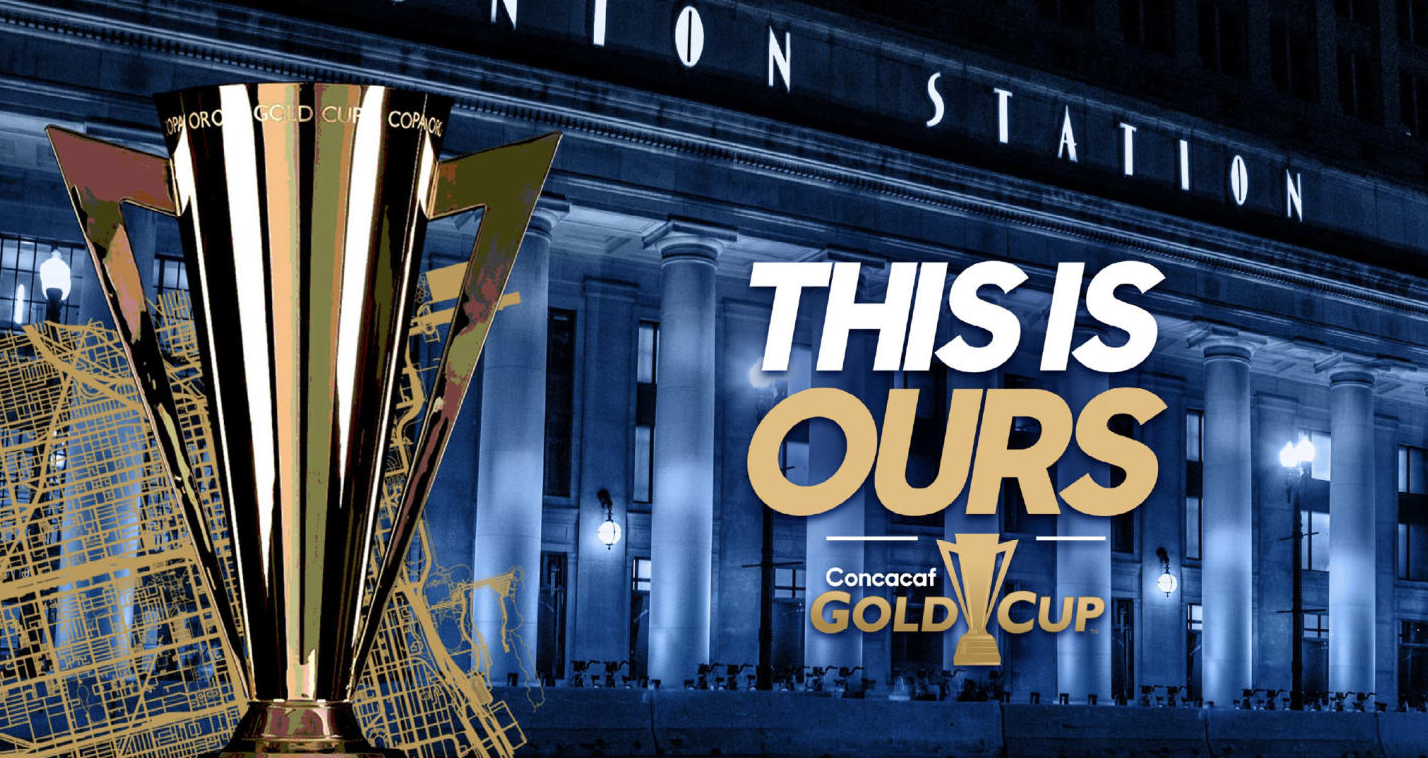 July 5 – The Concacaf Gold Cup reaches its conclusion on Sunday with the two form teams of the competition, Mexico and USA, battling for the title at the sold-out Soldier Field in Chicago.

It has been an eagerly awaited clash from the start of the tournament with both team under new coaches and playing regimes that have lit up a fascinating 16 match day schedule of double headers.

In many respects the Gold Cup is something of an endurance event with recovery and game-by-game tactical adjustments crucial to going the full distance.

While their paths to the final have not perhaps been as smoot as expected – Mexico had to go through extra time and penalties in the quarter final and extra time again in the semi – the two teams who are the power houses in the region and have generally played the most attractive football have made it there.

Surprisingly, considering their dominance of the region, the two teams have not met in a Gold Cup final since 2011.

Mexico will start as favourites in Chicago with a reputation that has significantly enhanced during the tournament, even though the past two games have not seen their dominance of possession translate into the free-scoring of goals that coach Gerardo Martino would like to have seen – and perhaps their play deserved.

US coach Gregg Berhalter, at his first press conference of the tournament, in answer to the first question put to him said “you know we’re not favourites to win, right?” Perhaps not, but he knows they have a very good shot and that the Mexican final will be the first big test of his developing team, playing style and ethic.

Early on Berhalter emphasised he was telling his players to be patient and not feel the need to rush their game as they came to terms in what for the US was a new style of play and a new group of younger players.

The US have impressed defensively – they only let their first goal of the tournament in against Jamaica in the semi-final – though they have yet to face periods of sustained pressure. Going forward they have been effective on both flanks with Paul Arriola on the left particularly impressive and new boy Kevin Boyd making an impact early in the tournament and Reggie Cannon taking over where he left off.

The game changer for the US though is undoubtedly Christian Pulisic who has been brought into a more central role than he plays at club level. It is a been a position he has improved at in every game. Alongside him is a very competitive Weston McKennie. They are both scoring goals. Sitting behind them Michael Bradley brings a reassuring authority and stability.

Up front the US threat needs to become a little more threatening. Long time US front man Jozy Altidore came in for Gyasi Zardes in the semi-final. However they have both notched up goals.

Mexico have marched their way around the US venues with a style and swagger that has made them exciting to watch. Like the US, coach Gerardo Martino has them playing a much wider game than previously and with an attacking movement that creates multiple opportunities. They scored 13 goals in the group stage with Uriel Antuna and Raul Jimenez calling the tune. Mexico’s midfield has been particularly impressive and especially their ability to pressure opposition into giving the ball away. With captain Andres Guardado again every present, they bring a much more seasoned approach to take on the US’s younger looking central play.

Martino has martialled his team well throughout the tournament and having started with a number of players carrying injury, gets to the final with a full squad to pick from. Veteran Hector Moreno, now fully fit, adds an authority and battle hardened confidence to Martino’s squad.

Mexico also have the advantage of coming out the right side of what was a Gold Cup classic against Costa Rica in the quarter final. The US have yet to be tested in this kind of do-or-die contest.

The way the draw for this expanded Gold Cup fell allowed for Concacaf’s two highest ranked teams to make it to the final. They have both completed that part of the journey, though they would have found it more competitive than they had perhaps expected. Now the expectation is for a classic Gold Cup final between Concacaf’s big dogs. Two football nations expect.