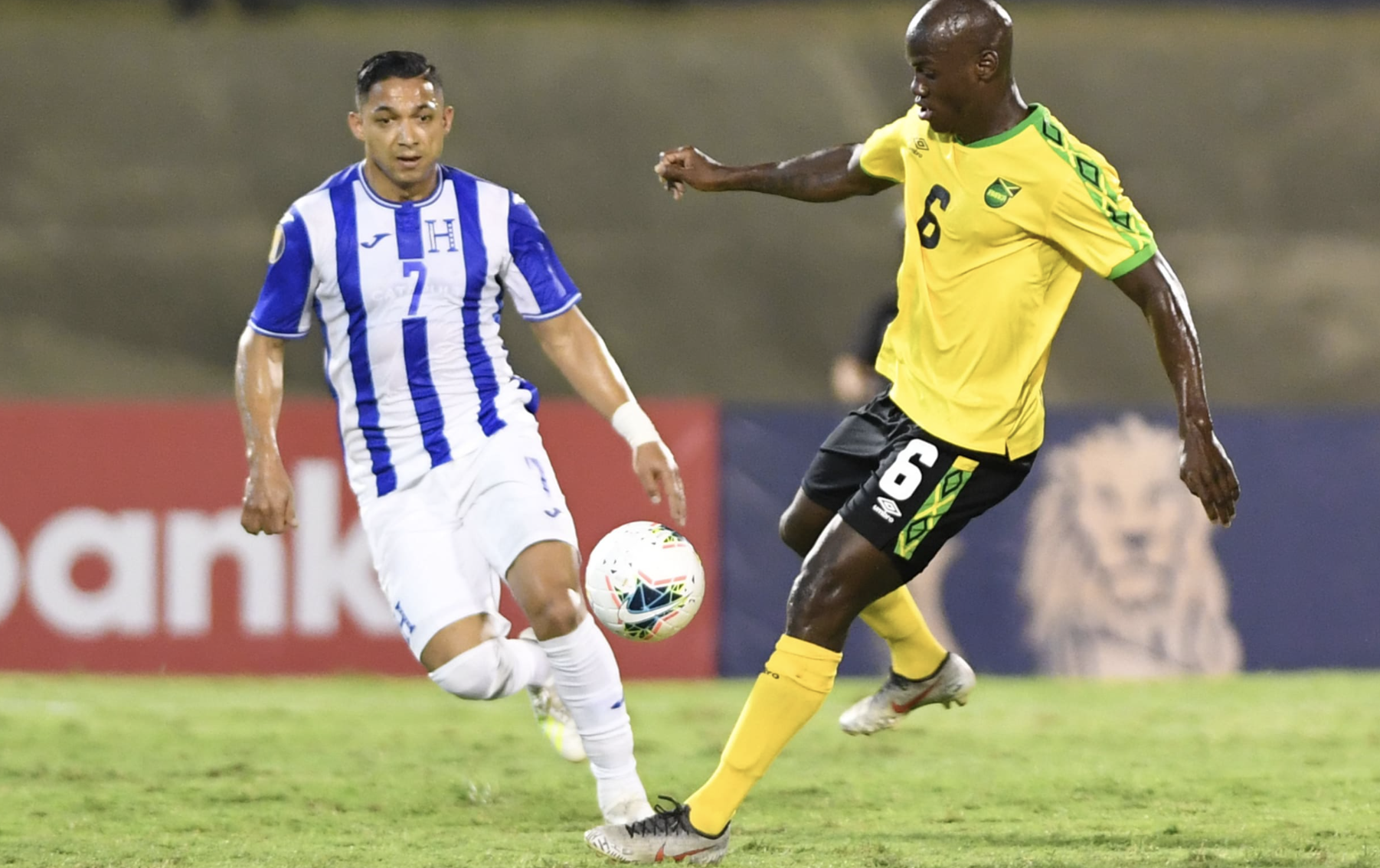 June 17 – The Reggae Boyz caused the first surprise of the Gold Cup on home ground in Kingston, Jamaica, with a 3-2 win over Honduras.

It was the first time a Gold Cup finals match had been held in the Caribbean.

Honduras went into the match as the top ranked group seed and firm favourites.

But the hosts – who have been the losing Gold Cup finalists in 2015 and 2017 – have a habit recently of reserving their best form for this competition. They opened the scoring in the 15th minute when Dever Orgill headed home from close range.

In the 41st minute he doubled the lead, finishing off some sharp passing inside the box by the Jamaicans.

A crowd of 17,874 were turning up the heat but were momentarily silenced when Alberth Elis broke free to slide a pass across goal for Antony Lozano to convert.

Jamaica responded just a few minutes later with a header by Damion Lowe extending the lead to 3-1 in the 56th minute.

Honduras battled on and substitute forward Rubilio Castillo pulled a goal back in stoppage time to make the final score 3-2.

Jamaica’s next match is against El Salvador in the first of a double header in Houston on Friday, with Honduras facing Curacao.