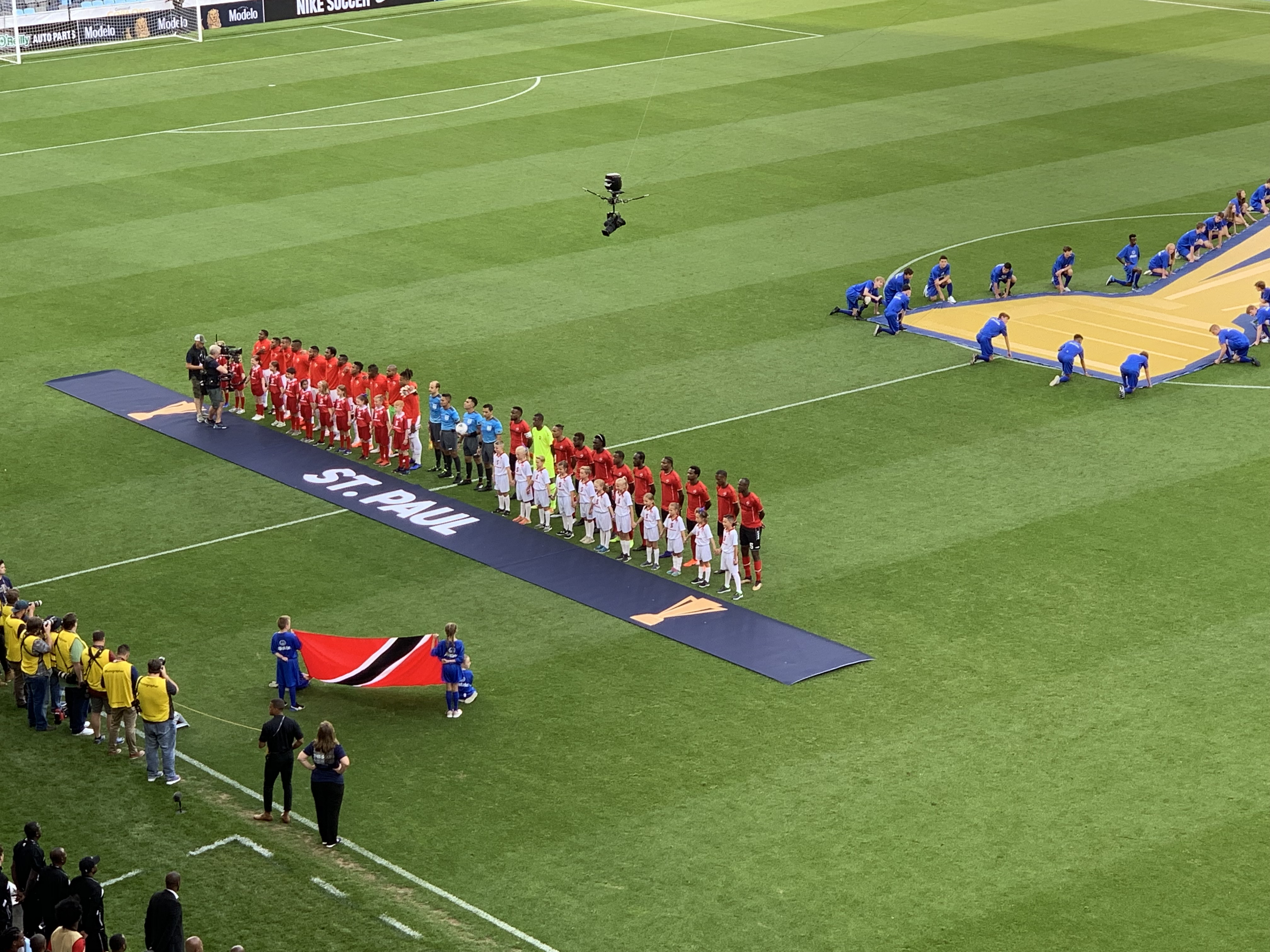 Panama and Trinidad are no strangers. They have played each other 20 times with Panama coming ahead in the match-ups by three games. They have only met three times in the Gold Cup and none of those games have been decided in 90 minutes.

They last met in the quarter finals of the 2015 Gold Cup which Panama won 6-5 on penalties.

This game failed to match up to the intensity of previous encounters with Trinidad in particular giving the ball away too easily.

Levi Garcia looked lively for Trinidad on the right early on with his pace and ability to take defenders on, similarly the power of Alberto Quintero was creating a real threat on the right hand side for Panama.

Both sides wasted good free kick opportunities in the first half hour. Real Oviedo’s Edgar Barcenas shot wide and right from the edge of the box while at the other end Trinidad’s Jomal Williams blasted straight into the wall in front of goal.

Panama began to assert control of possession as the half wore on and as their physical strength made it difficult for Trinidad to build any sustained periods of play. A string of half chances from Panama failed to threaten the scoreline in earnest, while Trinidad’s best opportunity came on the stroke of half time from captain and best player Khaleem Hyland who powered a left footed opportunity from outside the box just wide.

The Panama pressure eventually began to tell. On 53 minutes the always threatening Jose Fajardo was denied a penalty after being brought down in the box in a 50-50 challenge. It didn’t matter as a minute later Armando Cooper was threaded through by Gabriel Torres to slide the ball past Trinidad keeper Marvin Phillip from a tight angle wide of the post.

On 68 minutes Panama doubled their lead despite a brave double save from Phillip. Barcenas fired past him with his second bite at the cherry.

In 2018 World Cup qualifying Trinidad’s unexpected defeat of the USA allowed Panama to qualify directly for Russia. That favour has been long forgotten.

The teams now move on to Cleveland on Saturday where Trinidad face the US and Guyana meet Panama.