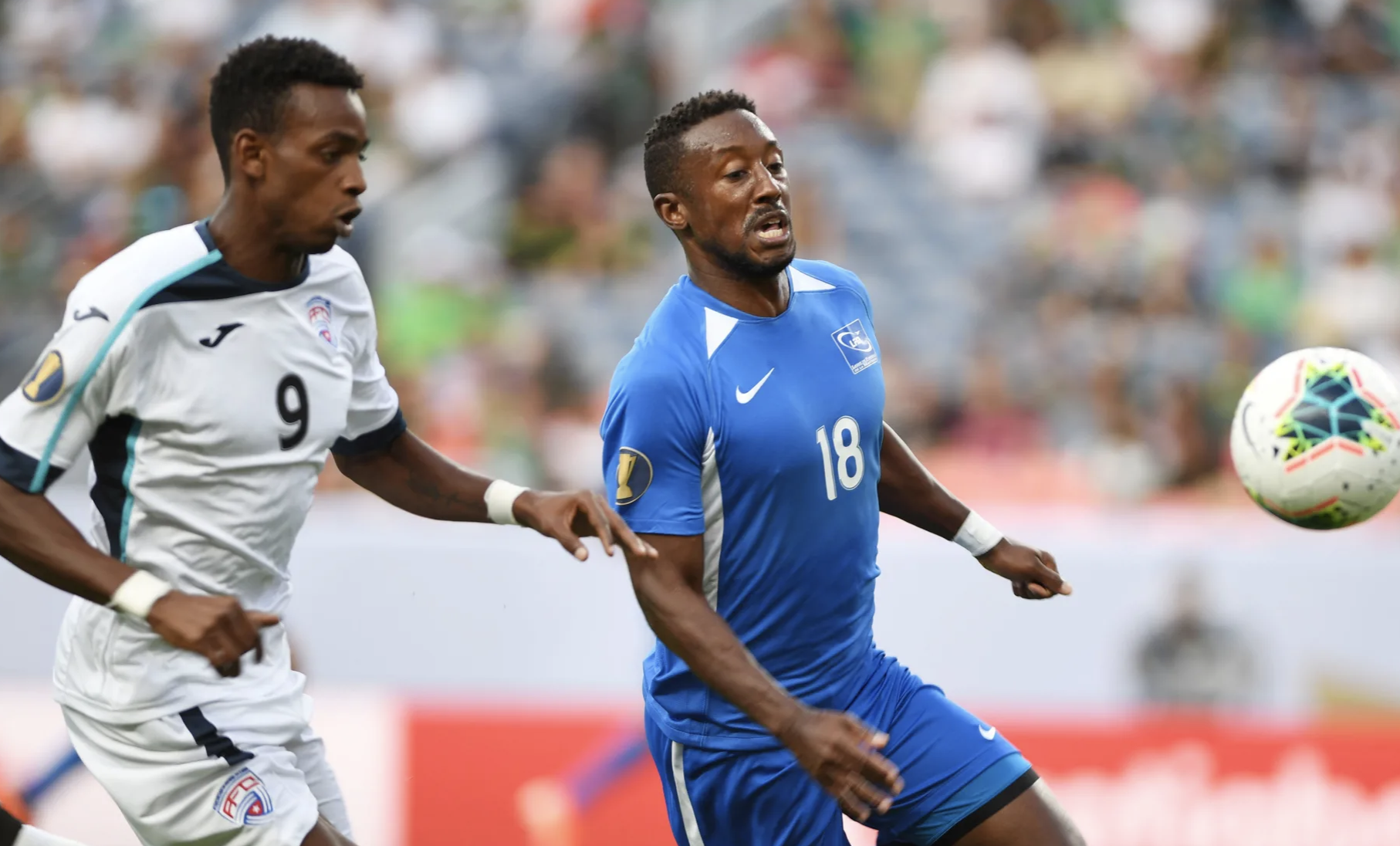 June 20 – Martinique gave themselves a lifeline in their second group A game in the Broncos Stadium at Mile High, Denver, dispatching Cuba 3-0.

It would have been four if talisman Kevin Parsemain had converted a 58th minute spot kick. Martinique now need to beat Mexico to give themselves a chance of staying in the tournament, or Cuba have to do them a huge favour and win against Canada.

A first half of chances for both teams looked to be heading into the break 0-0. Cuba looked to have refocussed after their seven-goal spanking by Mexico and could have been a goal up from an Arichel Hernandez header on the half hour.

Such is Cuba’s luck so far in this tournament that even the respite of goalless at half time was not in their stars. Martinique’s Joris Marveaux headed in from a corner in the 45th minute.

Cuba’s man of the match was goalkeeper Sandy Sanchez with a string of outstanding saves, but it was not enough to stop Stephane Abaul hammering home a second Martinique headed goal from a corner on 70 minutes.

Martinique had found their flow. A Parsemain back-heel was collected by Kevin Fortune who slid the ball past Sanchez for 3-0.

The teams now return to Los Angeles and the Banc of California stadium. Martinique will be praying for a miracle against Mexico while Cuba will be seeking absolution against Canada.