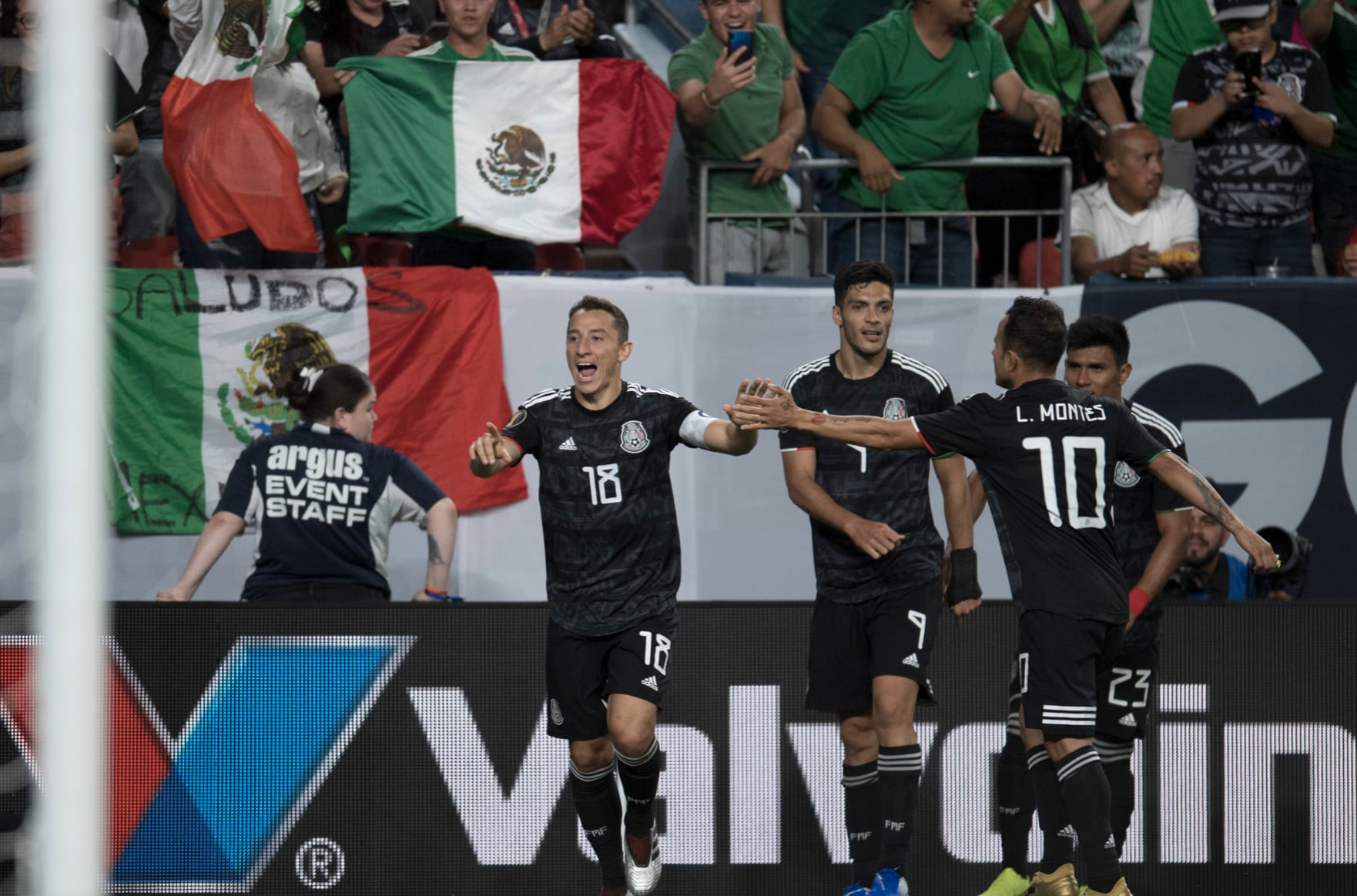 June 20 – Mexico proved why they were the favourites for the Gold Cup with an imperious performance over Canada, brushing them aside and sweeping into the knockout rounds with a 3-1 win.

The Broncos Stadium at Mile High, Denver, was another night of futbol fiesta for the Mexico’s fans as their team out manoeuvred, out-classed and out-scored a Canadian side that at the end of the match were looked ragged.

It was the first loss for Canadian coach John Herdman since he took the men’s national team job. Herdman rotated his squad dropping two-goal hero Jonathan David as well as other goalscorers Junior Holliet and his captain and the engine of his midfield Scott Arfield. Herdman will have learned a lot more about his players than Mexican coach Gerardo Martino. But by not playing his best players there will be a lot he doesn’t know about his first team selections against tip opposition. Only five starters from the win against Martinique started in Denver. Alphonso Davies did start, but as special as the Bayern winger is, it was nowhere near enough.

Mexico wasted no time getting into their passing rhythm and were soon finding holes in Canada’s midfield and defense.

Davies could have put Canada one up against the run of play biut it was inevitably El Tric broke through first as a blocked shot fell into the path of Roberto Alvarado, who fired in for a 1-0 lead on 40 minutes.

Davies could have equalised on 53 minutes but his shot flew just wide. It was a defining moment as Mexico went straight up the other end and skipper Andreas Guardado hit a thumping left footed shot from outside the box past Nilan Borjan, surely one of the goals of the tournament.

Back came Mexico the other way and Guardado doubled the lead to 2-0 in the 54’ with a strong left-footed shot.

Mexico were rampant, tearing the Canadian apart mercilessly in front of their own goal – they should have been more goals. But then against the run of play Jonathan David, on as a sub, stole the ball from a dreadful Mexican defensive error and pushed the ball across the box for Lucas Cavallani to score.

Normal Mexican service was restored two minutes later when Guardado’s shot inside the box took a deflection and effectively finish the Canadians off. 3-1 flattered Canada.

Herdman must now patch his team back together for the final game against Cuba in Los Angeles that they will need to win to ensure qualification for the knockout rounds. Mexico look set to continue their party with Martinque as their next house guest.