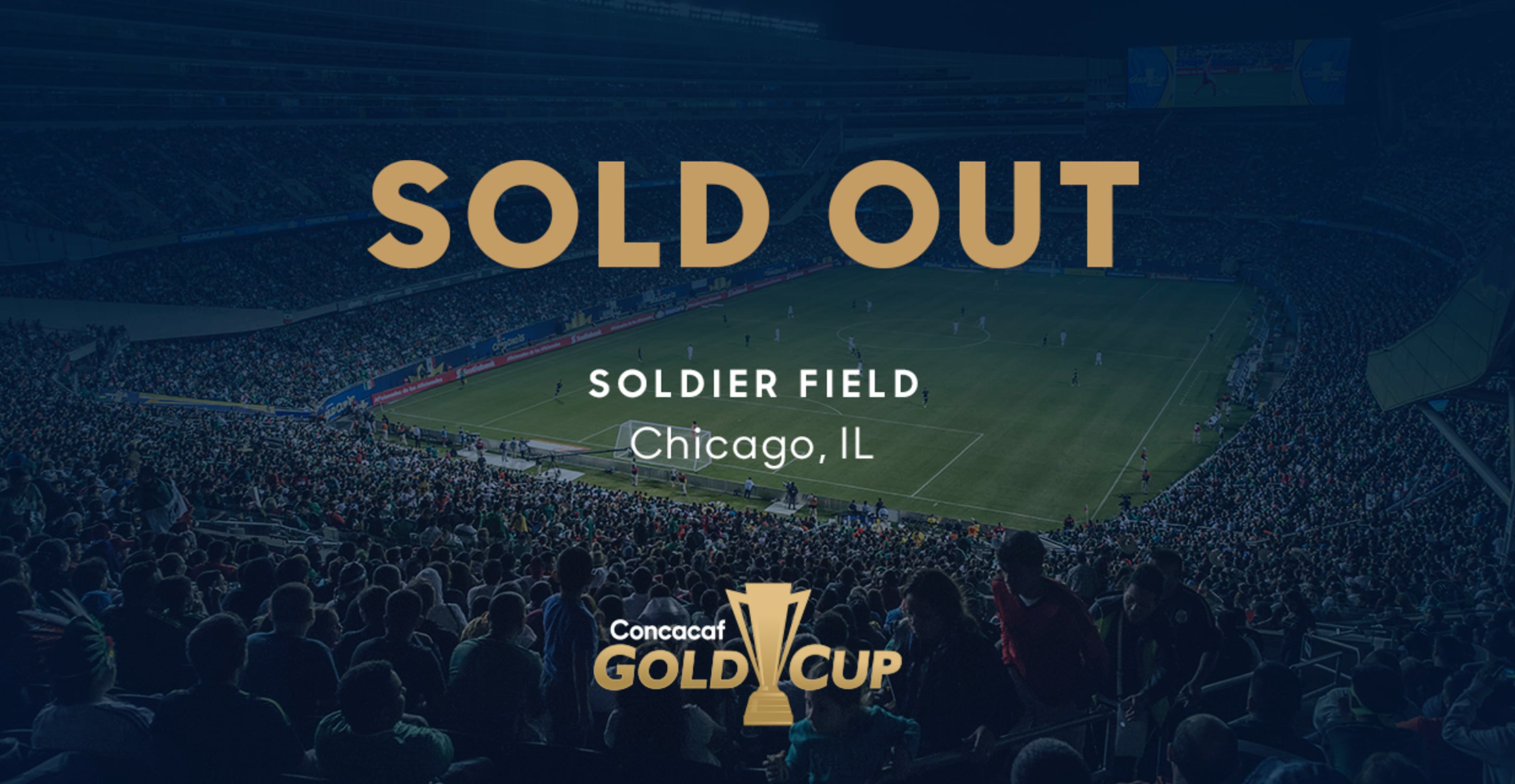 July 1 – The Gold Cup final at Soldier Field in Chicago this Sunday July 7, is officially sold out. Semi-finals between Mexico and Haiti, in Phoenix on Tuesday, and the US and Jamaica, on Wednesday in Nashville, will decide the final two teams.

The announcement of the 61,500 venue sell out of Soldier Field comes hard on the heels of the 71,000 sell out of Houston’s NRG Stadum for the quarter final last Saturday that featured Mexico beating Costa Rica after extra time and penalties in what was a Gold Cup classic.

Tickets for Mexico’s semi-final against Haiti in the State Farm Stadium, Phoenix, are selling fast with already over 52,000 sold for the 63,400 capacity venue and queues for tickets outside the venue on Tuesday evening.

Mexico, under new coach Gerardo Martino, have been a big draw this tournament with more than 65,000 attending the Rose Bowl in Pasadena on opening day, following up with more than 50,000 in the Broncos at Mile High Stadium in Denver, and more than 70,000 at the Bank of America stadium in Charlotte.

For the knockout rounds the tournament has moved into the big NFL arenas of 60,000 + capacities, from the smaller soccer specific stadia of 18-24,000 capacities which themselves have generated a number of sellouts and some electric atmospheres, not least the US in St Paul and the El Salvadorians in Los Angeles.

Concacaf have encouraged fans to arrive early to avoid queues and experience the Futbol Fiesta fan park at Soldier Field. The free to enter fan park opens at 3.30pm, the match kicks off at 9pm.