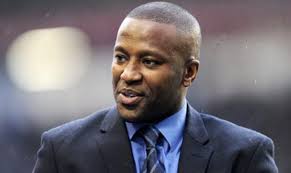 July 2 – As the first expanded Gold Cup draws towards its close after arguably its most successful edition in history, the minnows who lit up the tournament can only grow as a result. The problem is whether they can get sufficient backing back home to move forward with their development.

Cricketing hotbeds like Guyana, Bermuda and Trinidad have all embraced being at the heart of the Concacaf’s number one football competition but need to make sure that standards don’t slip once they have got over the euphoria.

“The players have done a good job and can only get better in the countdown to the Nations League after this experience,” said Guyana coach Michael Johnson.

“There’s not so much emphasis in Guyana on people being able to see starlet (footballers) but the game is getting strongly global.”

The refreshingly honest Johnson nevertheless conceded that football can only reach a certain level in his country unless there is a change of philosophy.

“Football in Guyana is definitely starting to grow but the question I have is whether there is a real appetite among the powers that be to really start to look at this tournament as a watershed and invest in the programme because that’s the only way we are going to be here on a regular basis.”

It’s a realistic appraisal of a situation that pretty much applies to the rest of the Caribbean minnows as well. Like Bermuda, Guyana made their debut Gold Cup appearance thanks largely to expansion to 16 teams.

“We now need to be looking at the next five to 10 years,” said Johnson, “and starting to develop an infrastructure for the 13 and 14 year olds who are starting to get a love for football. That’s the only way we can be regular Gold Cup qualifiers.”

“It’s a tough equation and one that the authorities have to sit down and debate because something needs to happen.

“We don’t want this to be a moment we look upon in four or five years and say ‘remember that one-off Guyana team?’” We want it to be the spark that makes it (qualifying) a regular occurrence.”